Newcastle moved up to 16th in the standings, ahead of Cardiff City on goal difference and next host basement side Huddersfield Town in the league on February 23. 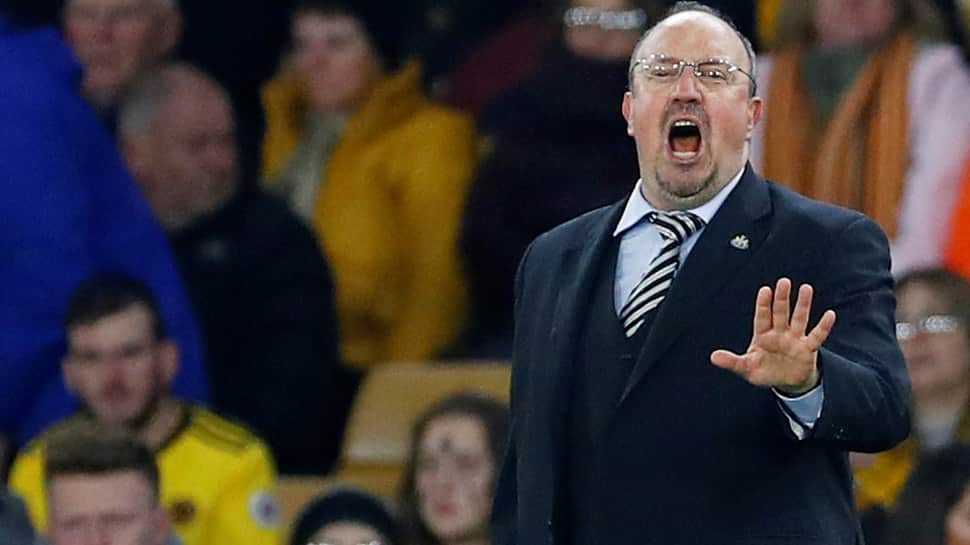 Newcastle manager Rafa Benitez feels that Wolverhampton Wanderers' stoppage-time equaliser by Willy Boly in their 1-1 draw at the Molineux on Tuesday should have been disallowed.

Newcastle were leading 1-0 from an Isaac Hayden goal and looked set to move three points clear of the relegation zone when Willy Boly headed home a high cross five minutes into stoppage time, Wolves' fifth league goal after the 90th minute this season.

Benitez felt the Wolves defender fouled goalkeeper Martin Dubravka, by laying hands on the Newcastle goalkeeper while going up for the header and immediately had a word with referee Graham Scott after the full time whistle.

"In England they don't understand the rules. I can say many things but it will not change anything," Benitez told reporters after the game.

"I didn't like the challenge at the end, you have to protect the keeper. We have been here for years and it's still very difficult to explain that," he added.

Benitez said that Dubravka could have handled the cross better.

"Martin was talking about more protection, Jamaal (defender Jamaal Lascelles) was saying that maybe Martin could deal with the cross in another way," the manager said.

"It's a bad way to concede. We had one more point but it is a pity because we could have had three," Benitez added.

Newcastle moved up to 16th in the standings, ahead of Cardiff City on goal difference and next host basement side Huddersfield Town in the league on February 23.