Fellow defender Leighton Baines is also fit after missing the first two fixtures but new signing Fabian Delph is ruled out of the clash with his former club due to a thigh injury. 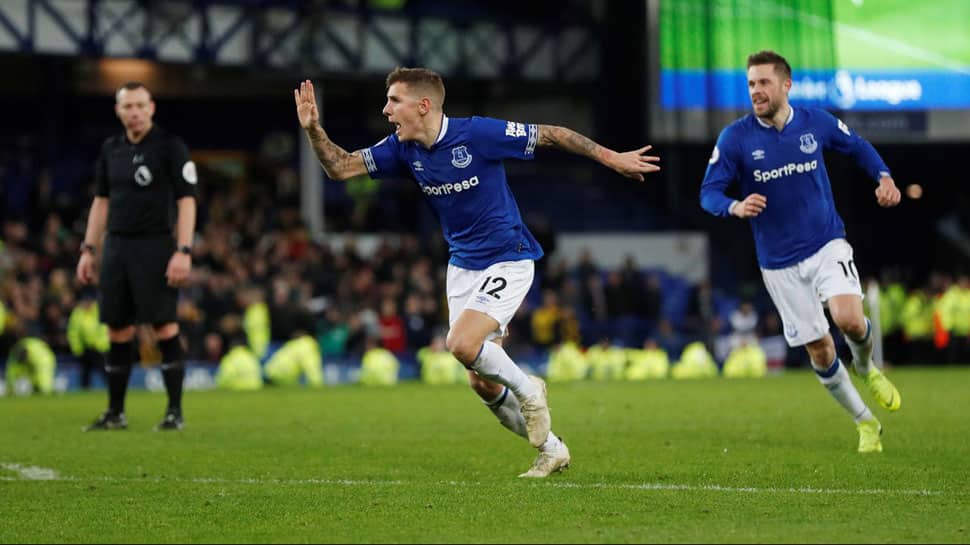 Everton defender Lucas Digne has shaken off a muscle injury and will be available for Friday`s Premier League clash at promoted Aston Villa, manager Marco Silva said on Thursday.

French international left-back Digne sustained the problem in Everton`s 1-0 win over Watford last weekend as the Merseyside club collected their first victory of the season after a goalless draw against Crystal Palace in their opener.

Fellow defender Leighton Baines is also fit after missing the first two fixtures but new signing Fabian Delph is ruled out of the clash with his former club due to a thigh injury.

"Digne will be available for the match. Leighton will be also. It`s just Fabian until now," Silva told reporters.

Forward Alex Iwobi, another new arrival at Everton, could feature after making the bench against Watford.

"He started really late... it`s his second week working with the team. We have to take care with the situation, giving him enough time to get fitter. He`s getting better and if I decide, he`ll be ready to help," Silva added.

Midfielder Morgan Schneiderlin is back in contention after a one-match suspension.

IFAB tell Premier League to get in line on VAR usage