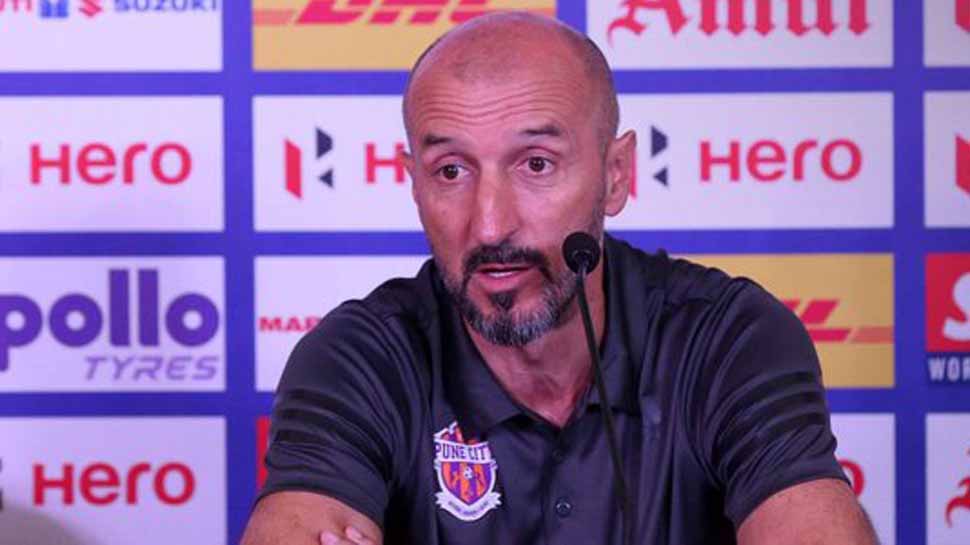 Disciplinary committee chairman Ushanath Banerjee, while reviewing the latest public comments made by Popovic against referee and match officials, issued the sanction order.

In a communication to the club, Banerjee stated: "Having considered the utterances against the decisions of the referee and the match officials, it prima facie appears that Mr. Ranko Popovic has breached the Disciplinary Code and the Law of Game with impunity amounting to gross misconduct."

"On an earlier occasion, Mr Popovic was held guilty of abusing and insulting match officials and was imposed with sanctions. Even thereafter, he continued with his obdurate acts resulting warning. The instant subject matters are thus 3rd instance of breach."

Going into the fourth season of Hero Indian Super League, FC Pune City had the dubious distinction of being one of two teams to have never qualified for the semifinals.

But it is Popovic who has made a big impact as he has guided them to the semifinals of the ongoing edition, despite not being involved in the any of the recruitment before the season.

However, he has a penchant for getting into trouble with the administrators.

Banerjee stated, "Accordingly, issue show cause notice for repeat breaches and he is to reply within 9/3/2018 and appear for hearing before the Committee on 16th March 2018 at Football House, Delhi. In the meanwhile pending final decision of the Committee, Mr Ranko Popovic to remain suspended under Article 21 and 22 of the Code."

Pune City FC hosted Bengaluru in the first leg semifinal on Wednesday, which ended in a goal-less draw.