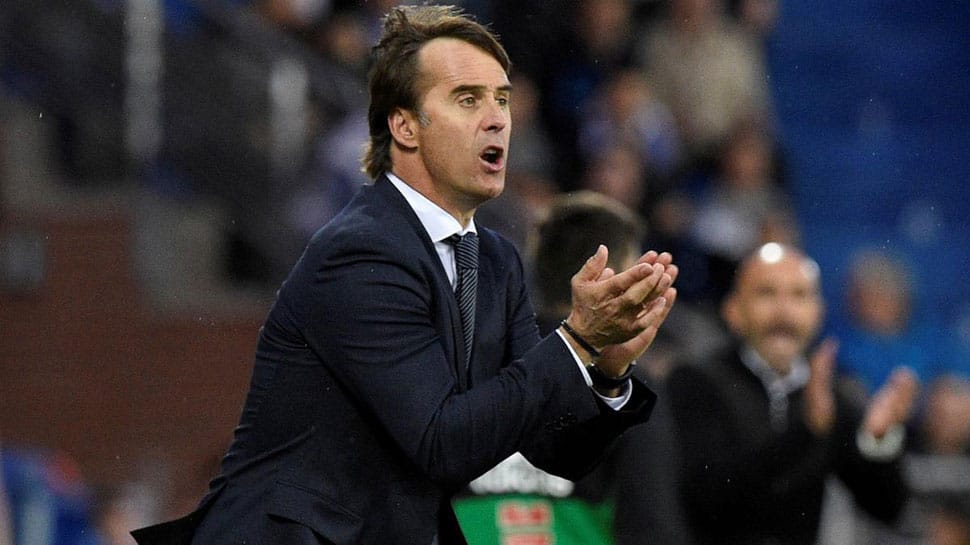 Former Real Madrid coach Julen Lopetegui is open to the prospect of managing a team in the Premier League if he gets an opportunity and said he is enticed by the atmosphere at stadiums in England.

Lopetegui had a roller-coaster of a year in 2018, where he was not only sacked by Spain days before the World Cup for announcing his move to Real Madrid, but was also subsequently fired by the La Liga club three months into the season for poor results.

"A coach needs to be open for the future, but if I can choose, I prefer to be in the best leagues," Lopetegui, who has only coached in Spain and Portugal, told the BBC.

Lopetegui was sacked by Real Madrid after a 1-5 thrashing by Barcelona at Camp Nou left the club in ninth place in La Liga, but the Spaniard does not hold any grudges against his former employers.

"I have all respect for the new coach (Santiago Solari), his new staff. And the players, I love them. They had a fantastic attitude with me," Lopetegui added.

"I would never say a bad word about Real Madrid. To manage the club is a fantastic experience for any coach. I hoped I could have more time but I have to look to the future," he signed off.

Real are now second in the standings after 23 games, six points behind leaders Barcelona.

Bundesliga: Borussia Dortmund on high alert with season at risk