Cech, who is set to retire at the end of the season, said that their away goal could prove crucial when the teams meet at the Emirates Stadium in next week's return leg. 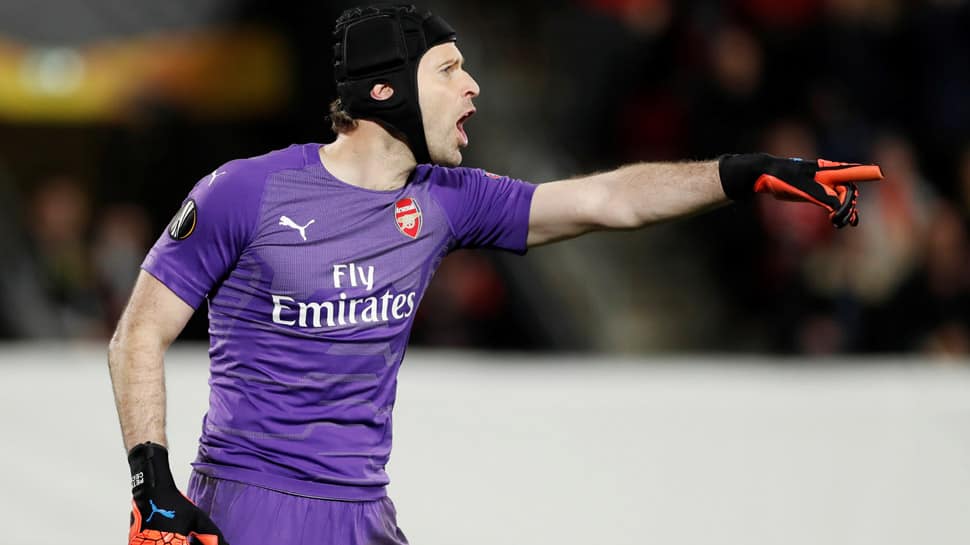 Arsenal face an uphill task to reach the Europa League quarter-finals after Thursday's 1-3 defeat at Rennes, but the London club have the quality and confidence to overcome the deficit, according to goalkeeper Petr Cech.

The Gunners went ahead early in the last-16 first leg clash in France, but the match changed when Sokratis Papastathopoulos was sent off before halftime, allowing the Ligue 1 outfit to take control and seal the victory.

Cech, who is set to retire at the end of the season, said that their away goal could prove crucial when the teams meet at the Emirates Stadium in next week's return leg.

"We can still overcome a two-goal deficit because in the end, the goal we scored might play a big part, but we made it a bit harder for ourselves," the 36-year-old told the club's website.

"We created chances so we have to be positive. We've done it in the past where we've been 0-2 down and have overcome the deficit," Cech added.

Arsenal host United in the Premier League on Sunday, hoping to reclaim fourth place in a bid to secure Champions League soccer next season.

Unai Emery's fifth-placed side have 57 points from 29 matches, one point fewer than United.