India began their campaign with a 1-0 win over Iran on Saturday, with Anju Tamang finding the net in the 48th minute of the match. 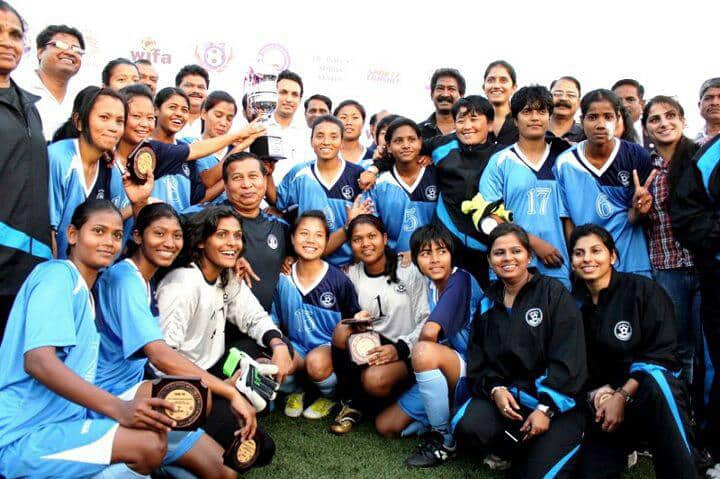 Hosts India will look to seal a place in the final of the Gold Cup women's international football tournament when they face Nepal in their second round-robin match on Monday.

India began their campaign with a 1-0 win over Iran on Saturday with Anju Tamang finding the net in the 48th minute and a win on Monday would take them to final of the four-team tournament.

The win against Iran was India's fifth on the trot after back-to-back victories against both Indonesia and Hong Kong in matches prior to this tournament.

"We play for a win in every match, and against Iran it was no different. We knew this will be a tough match for us. We wanted to start the tournament of a positive note," said coach Maymol Rocky.

India could have scored more but were unlucky as Sanju hit the woodwork in the second half and Anju muffed another golden chance in the dying minutes.

"Everyone did their job on the pitch to the fullest. We were confident before the match. I am aware about the potential this team has, and we played to the best of our abilities, and stunned one of the best women teams in Asia," the coach said.

Nepal had lost 0-3 to Myanmar in their first match on Friday but Maymol said they were no pushovers.

"Nepal are a very strong side. We cannot underestimate them. They are really quick on the break, and have decent finishing skills. We need to be on the top of our game and aim for a win," Rocky signed off.