On Thursday, Gurpreet received the Award from the President Ram Nath Kovind at the Rashtrapati Bhavan. 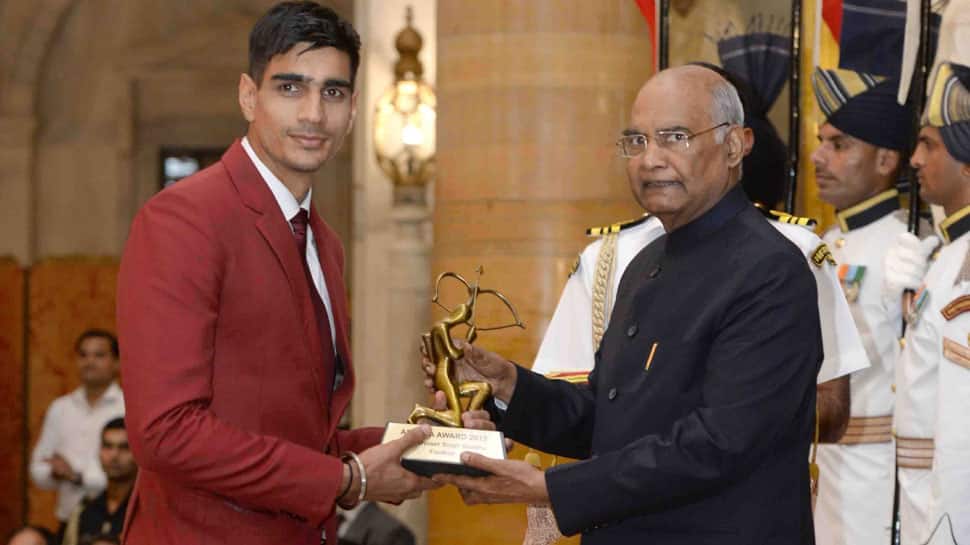 Indian goalkeeper Gurpreet Singh Sandhu, who became the 26th footballer to receive the prestigious Arjuna Award, hopes that the recognition he has got will act as a catalyst to inspire the youngsters who want to build their careers in the sport.

On Thursday, Gurpreet received the Award from the President Ram Nath Kovind at the Rashtrapati Bhavan.

The 26-year old, who remains the sole Indian to debut in the UEFA Europa League (qualifier), dedicated his Award to the past and future generations of football in the nation.

"I am very fortunate to win this Award," said Gurpreet. "I want to dedicate it to the seniors who made this possible for me for paving a way. This Award is for the future generations who are about to come in this path. I hope this will act as a catalyst to inspire them," he added.

He is the fourth goalkeeper to have received the Award, his predecessors including Subrata Paul (2016), Brahmanand Sankhwalkar (1997), and the late Peter Thangaraj (1967).

Gurpreet had been a part of the AIFF's Centre of Excellence in his formative years before he played for East Bengal and later moved to Norway's Stabaek FC, from where he switched colours to JSW Bengaluru FC in 2017.

He has also captained India in a 4-1 win over Puerto Rico in 2016 and has been vital under the bar, helping the Blue Tigers to qualify for the AFC Asian Cup 2019, and maintaining an unbeaten streak of 12 official International matches from June 2016 to November 2017.

Would love to have dinner with Lionel Messi: Cristiano Ronaldo