IFAB tell Premier League to get in line on VAR usage

The move comes after concern that the Premier League and Bundesliga, in particular, were applying different interpretations over the use of VAR than the ones handed out by IFAB, FIFA`s rule-making body. 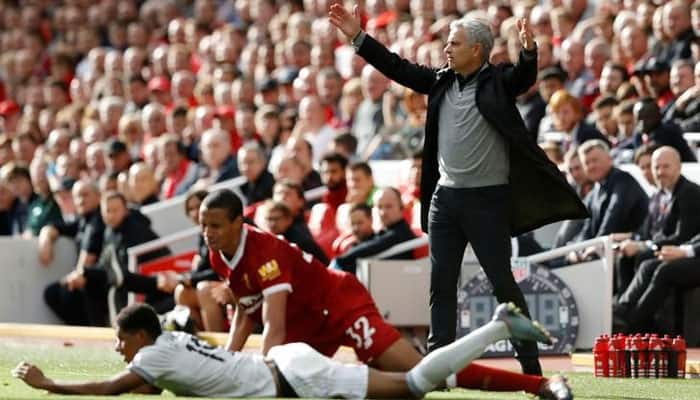 Football`s lawmaking body has urged the Premier League and other competitions to all follow the same rules on the involvement of video review (VAR) technology.

The move comes after concern that the Premier League and Bundesliga, in particular, were applying different interpretations over the use of VAR than the ones handed out by IFAB, FIFA`s rule-making body.

"Each competition must respect the laws of the game and any of The IFAB’s published/communicated guidelines and/or clarifications," a spokesperson for IFAB told Reuters.

On Wednesday, IFAB issued a circular on the recent changes in laws, including the issue of the use of VAR in the taking of penalty kicks.

The Premier League and Bundesliga have opted to leave the decision over whether a goalkeeper had moved off the line to onfield officials with VAR only intervening if there is a clear mistake by the officials.

But IFAB have insisted that VAR "must check for any offence by the goalkeeper (and/or the kicker) and the VAR must inform the referee if there is clear replay evidence."

Neither the Premier League nor the Bundesliga immediately responded for a request to comment.

Prior to the start of this season, the Professional Game Match Officials Limited (PGMOL), the organisation which manages referees in the Premier League, told clubs, managers and players, that VAR would not get involved in rulings on the keepers` feet positions at penalties.

That stance came after criticism of VAR at the women`s World Cup where several penalties were forced to be re-taken after a video review of the goalkeeper`s movement.

The law itself was recently changed to allow keepers to move at penalty kicks, so long as at least one foot is left in line with the goal-line.

IFAB also said, in their circular that if a goalkeeper infringed the law, they should be automatically booked -- apart from in penalty shoot-out situations.

However, the lawmaking body said that VAR should not be used as a means for referees to routinely check their own decisions and reiterated that any use of the system should only be when there has been a "clear and obvious" error.

"The protocol does not allow referees to `review` an incident where the original on-field decision is not a `clear and obvious` error; `reviews` are not permitted for a `second chance` to look at an incident or to confirm or `sell` a decision which was not clearly wrong."