Jerry, who will head into his fifth season with the Chennai-based club, has made a total of 65 appearances for the side. 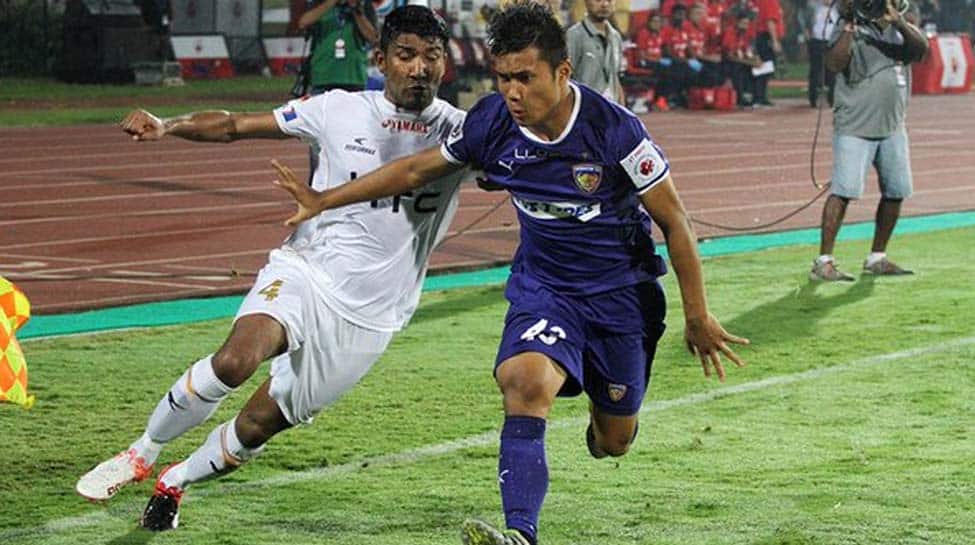 Chennaiyin FC defender Jerry Lalrinzuala has extended his stay at the Indian Super League (ISL) club by signing a new multi-year deal with them on Thursday.

The 21-year-old, who joined Chennaiyin FC in 2016 in what was his professional debut season, expressed his pleasure to sign a contract extension with the club which has provided him with an incredible learning experience.

Jerry said that he couldn't wait to don the Chennaiyin FC jersey yet again and notch up five star achievements for the club.

"I am very happy to have extended my time at Chennaiyin after another memorable season last time out. My journey with the club so far has been an incredible learning experience; everyone associated with it over the years has moulded me into the footballer I am today. I can’t wait to wear the CFC jersey again and continue fighting for our passionate supporters. Looking ahead, I hope my fifth season at the club results in five star achievements!," the club's official website quoted Jerry as saying.

Chennaiyin FC co-owner Vita Dani said that the club was incredibly proud to see the progress Jerry has made over the years, adding that they are excited to see him developing further and contribute to Chennaiyin FC's success.

“Jerry is a fantastic talent whose qualities have been nurtured at Chennaiyin FC over the years. We are incredibly proud to see the progress he has made, becoming a tenacious and gritty presence who has been a vital component of our recent success. And we are excited to see him developing further and contributing to the club’s ambitions,” Dani stated.

The talented left-back, who will head into his fifth season with the Chennai-based club, has made a total of 65 appearances for the side. Jerry has also played a crucial role in the club's ISL title victory in the 2017-18 season.

Jerry also made 14 appearances and notched up two assists for Chennaiyin FC in their last campaign at the ISL when they ended as runner-ups.

Jerry, who has also made nine appearances for the senior Indian men's football team, also spent the 2017 season on loan with DSK Shivajians.

The 2020-21 season of the ISL is expected to take place behind closed doors from November to March and is likely to be restricted to just two states in view of the coronavirus crises.

Liverpool FC CEO Peter Moore to step down at August-end