At present, after 15 games, Mumbai are in the second spot in the standings with 27 points, just behind league leaders Bengaluru FC (31 points). 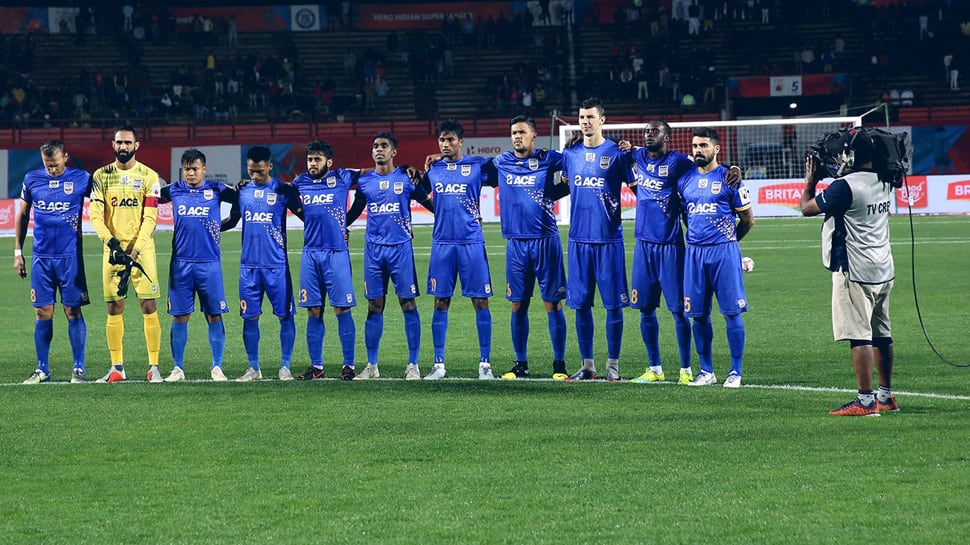 After two back-to-back defeats, Mumbai City FC would be keen to get back to winning ways when they clash with an equally strong North East United FC in an Indian Super League (ISL) encounter at Mumbai Football Arena on Wednesday.

Mumbai's unbeaten run of nine games ended when they suffered a 0-2 loss against FC Goa in their previous home game.

The next 'away' outing against Jamshedpur FC also proved to be a damp squib as they lost 1-0.

Mumbai coach Jorge Costa would be eyeing to grab three crucial points from this game.

At present, after 15 games, Mumbai are in the second spot in the standings with 27 points, just behind league leaders Bengaluru FC (31 points).

North East United FC, on the other hand, are in the fourth position with 24 points from 15 games and a win would enhance their chances of reaching the playoffs.

For the hosts, their best bet would be Senegalese medio Modou Sougou, who has nine goals to his name so far. He has formed a lethal combination with Congo striker Arnold Issoko, who has five assists to his name.

Sougou, who failed to create his magic against Goa, will be eager to do something special this time around.

The hosts also have Brazilian striker Rafael Bastos. His rapport with both Issoko and Sougou has also been good. If the trio fire in unison, the opposition defenders will come under severe pressure.

They also have a strong defence, but need to pull up their socks and work on their weakness which was throughly exposed by Goa.

Experienced Mumbai custodian Amrinder Singh was tested severely in the game against Goa and he let in two goals. He would be anxious to put up a better show

But that would be an arduous task as the visitors have French striker Bartholomew Ogbeche, who is the leading goal scorer in the season with 11 strikes, to bank on.