Becker went down in the 36th minute, slipping as he was playing the ball out and called for medical attention. 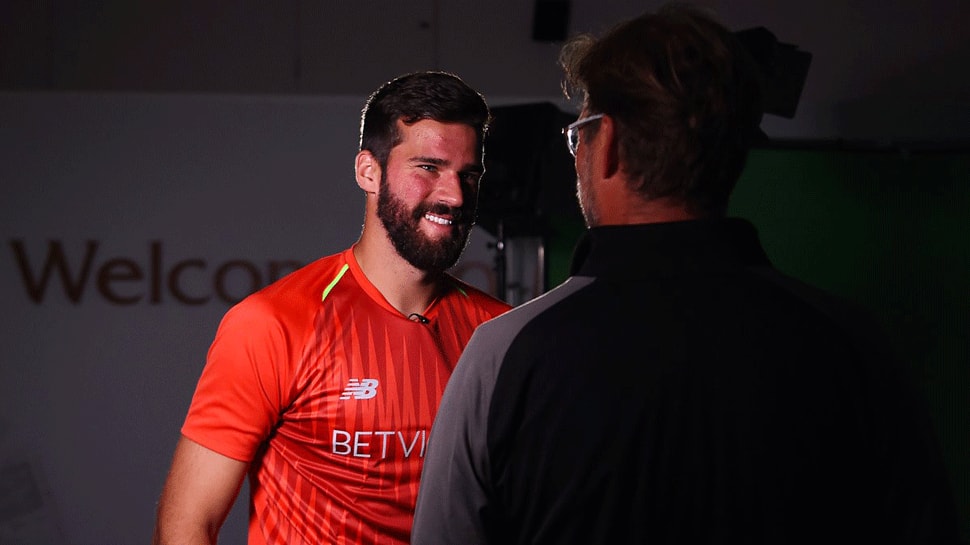 Liverpool`s Brazil keeper Alisson Becker is out of Wednesday`s UEFA Super Cup clash with Chelsea -- and could face a longer lay off -- after suffering a calf injury in the 4-1 Premier League opening day win over Norwich City at Anfield on Friday.

Becker went down in the 36th minute, slipping as he was playing the ball out and called for medical attention.

A stretcher was brought out but he was able to leave the field with the help of support staff.

Liverpool manager Juergen Klopp said it was too early to know the seriousness of the injury but Becker has no chance of playing in Wednesday`s UEFA Super Cup match between the Euroepan champions and Europa League winners Chelsea in Istanbul.

"It`s a calf injury. He felt as if something hit him from the back. He won`t be ready for Wednesday, I can say that already," said Klopp.

"It is not good but we will find a solution and move on," added the German.

"We have to see how serious it is and then we have to deal with it. It’s the calf and that’s it. He couldn’t carry on, that’s not a good sign. We have to see," he said.

"Wednesday (in the Super Cup), he will not play – with all my experience, I can say that already. He is injured, for sure, so we have to see how much.”

Spanish goalkeeper Adrian, who signed for Liverpool on a free transfer on Monday, replaced Becker to make his debut.

"Adrian is a good goalie," said Klopp. "In possession he is calm and he is good at shot-stopping, that`s why we signed him"

The 32-year-old Adrian made 125 league appearances for West Ham United before being released at the end of last season and Klopp said he was sure he could handle his new duties.

“He is a very confident guy and he came in and I don’t think he wanted to sit only on the bench for the next couple of years. He made himself ready.

"In a situation like this you want to have somebody who has played (in) the league and who is experienced. He is 32, a calm guy, emotional as well, good with his feet, as we saw, and that’s really important for us."