Manchester City winger Riyad Mahrez missed an 86th-minute penalty as the Premier League champions were held to a 0-0 draw at Liverpool in their top of the table clash on Sunday. 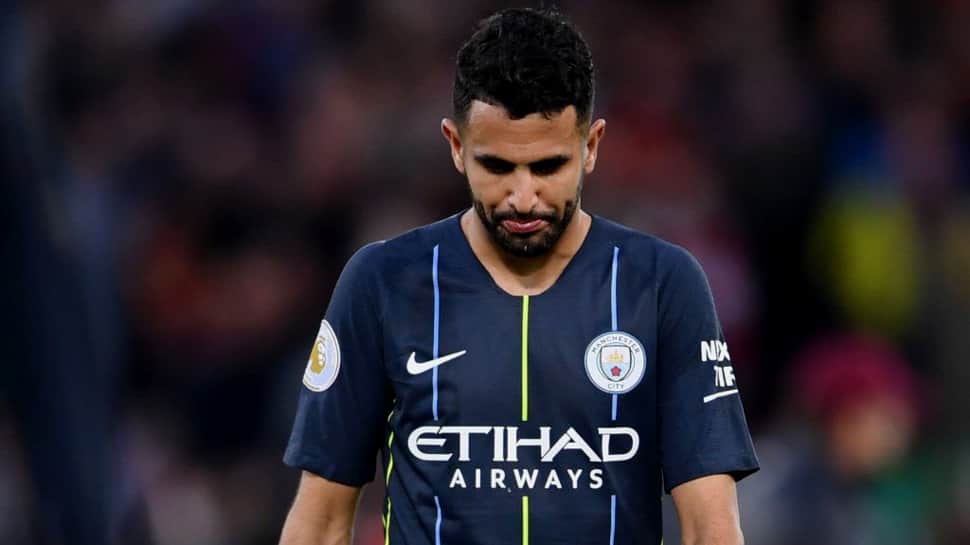 Manchester City winger Riyad Mahrez missed an 86th-minute penalty as the Premier League champions were held to a 0-0 draw at Liverpool in their top of the table clash on Sunday.

City substitute Leroy Sane was brought down in the area by the lunging Virgil van Dijk but Algerian Mahrez blasted the spot-kick high over the bar at Anfield.

The result leaves the pair level with Chelsea on 20 points although City stay top on goal difference with Juergen Klopp`s Liverpool side in third place.

City fans may ask why Mahrez, who has now missed five of his last eight top-flight penalties, took the spot kick but while the visitors had the best chances a draw was not an unfitting result for a much-anticipated game that failed to truly sparkle.

The 51 percent possession allowed to City was the lowest they have enjoyed since Pep Guardiola joined the club in 2016 and indicated how much the two teams cancelled each other out.

After 18 goals in the teams` four meetings last season, in the Premier and Champions League, it was clear both managers had learnt lessons about how to limit each other`s strengths.

Liverpool, who remain unbeaten in their last 18 home games against City, came out roaring and dominated the opening 10 minutes but Guardiola`s side weathered that early storm, slowed the game down and frustrated the hosts.

"If it is an open game at Anfield you don`t have a chance," said Guardiola, who acknowledged his approach had been to slow the pace of the game and limit space for Klopp`s side.

City`s wide men Raheem Sterling and Mahrez played deeper than usual and limited the forward runs from Liverpool`s full-backs, while Guardiola`s defence avoided the high line which proved so disastrous in defeats at Anfield last season.

Liverpool did a good job of compressing the space in front of their defence, making it harder for the likes of City midfielders David Silva and Bernardo Silva to create.

Klopp`s front three had been deadly in the two home games against City last season but the service to them was restricted and the trio of Mohamed Salah, Roberto Firmino and Sadio Mane could create little from their limited opportunities.

The best chances fell to Salah but the Egyptian showed again that he is lacking last season`s sharpness, blasting well off target when finding space in the 69th minute.

Mahrez twice forced good saves from Liverpool keeper Alisson Becker after the break but then failed to find the target from the penalty spot when the three points were up for grabs.

EPL: Aaron Ramsey's wonder goal against Fulham reminds Arsenal what they would miss