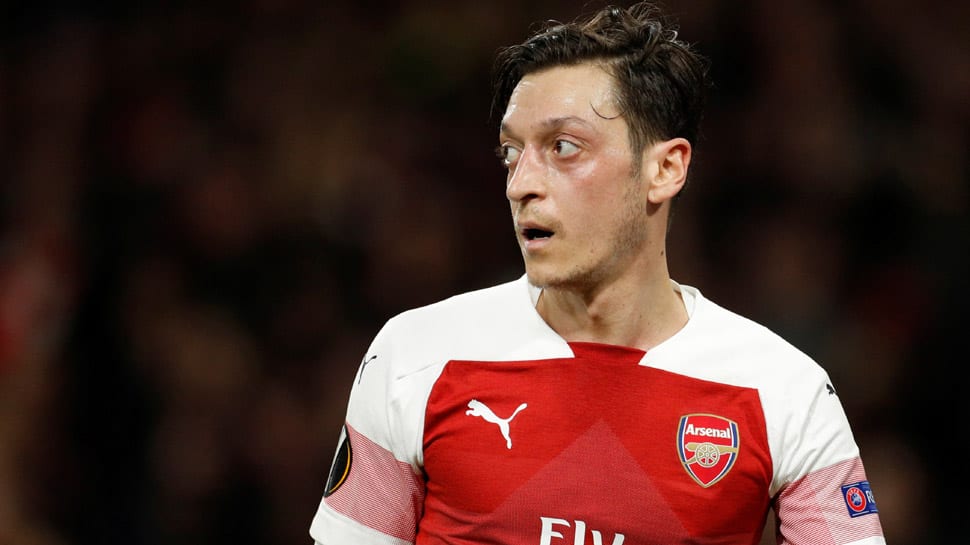 Arsenal midfielder Mesut Ozil must show consistency and desire to start games more regularly, manager Unai Emery has said, while refusing to comment on whether the playmaker would start at Tottenham Hotspur on Saturday.

The 30-year-old German returned to the starting lineup to pull the strings in midfield in Wednesday`s 5-1 drubbing of Bournemouth and played the full 90 minutes, helping himself to a goal and assist.

"The most important thing for me is if the player can be OK for tomorrow and has the desire to play. I think Mesut has this if we decided to play him tomorrow," Emery told reporters on Friday ahead of the north London derby.

"He (Ozil) has had injuries, including to his back, and has been sick. I`ve spoken with him and told (him) that when he can be consistent and is training, and has confidence to play matches, it is better for us.

"We are doing a plan for a lot of matches and each match is different. Home and away, it depends on the position and how we are in each moment."

Arsenal have won five of their last six league matches and Emery knows victory for his side can bring them to within a point of third-placed Tottenham, who lost their last two matches.

"Each match gives us the opportunity to win three points. There was a 10-point difference between Tottenham and us two weeks ago and now it is four points," Emery added.