The 27-year-old has impressed Guardiola by making the most of his opportunities but the form of Raheem Sterling, Leroy Sane and Bernardo Silva has prevented him getting an extended run into the side. 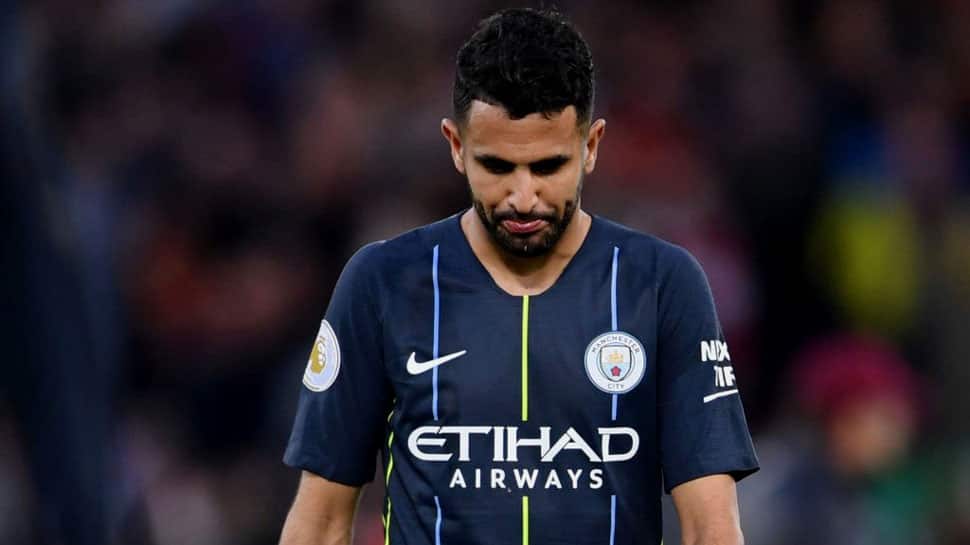 Manchester City manager Pep Guardiola has apologised to Riyad Mahrez for the winger`s lack of game time in recent weeks, saying the Algerian`s form is not to be blamed.

Mahrez, who arrived at the Etihad Stadium from Leicester City for a club record 60 million pounds ($77.36 million) at the start of the season, has not started for City in the Premier League since the victory at Southampton on Dec. 30.

The 27-year-old has impressed Guardiola by making the most of his opportunities but the form of Raheem Sterling, Leroy Sane and Bernardo Silva has prevented him getting an extended run into the side.

"I am the reason (he has not played). He is absolutely not guilty," Guardiola told reporters. "I am sad because he is training incredibly.

"We have incredible players, like for example Bernardo and Raz (Sterling) in top, top form and that is the only reason why. There`s no particular reason, like being upset or something like that.

"He is a guy we are happy with but unfortunately I am not kind with him. In fact, I cannot give him the minutes he deserves, so I`m sorry. That`s all I can say."

Mahrez is set to be involved in City`s FA Cup fifth-round trip to Newport County on Saturday, where the winger will aim to add to his nine goals in all competitions this season.

Guardiola expects Mahrez to get his share of regular first-team football during the season run-in, with City still fighting for four trophies.

"Give him five or six games in a row playing and he is going to play at the level of Sterling or Bernardo, or the players who play," the Spanish manager added.

"Just keep going, not complain too much, move forward and fight more and more. His time is coming and I`m pretty sure he is going to play good."

Manager Javi Gracia not getting carried away by Watford's Cup progress