Deloitte based their survey of the top 20 earning clubs in Europe on the annual financial statements of the company or group running each club, or other direct sources, covering the 2017/18 season. 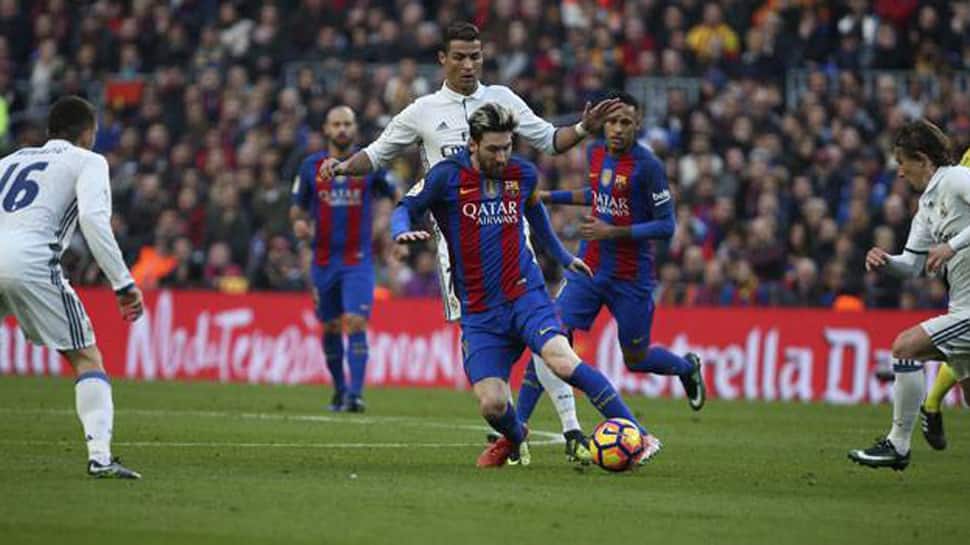 Real Madrid and Barcelona were the highest earning clubs in European football last season, knocking Manchester United off the top spot, according to the latest Deloitte `Football Money League` published on Thursday.

Deloitte based their survey of the top 20 earning clubs in Europe on the annual financial statements of the company or group running each club, or other direct sources, covering the 2017/18 season.

Their revenue increased by more than 75 million euros year-on-year as they secured their third successive Champions League title.

Deloitte said that the rise was "primarily due to commercial growth of 54.8 million euros including an uplift in sponsorship, merchandising and exploitation of increasingly lucrative pre-season fixtures."

Dan Jones, partner in the Sports Business Group at Deloitte said: “Real Madrid’s outstanding financial performance in 2017/18 is built on their long history of success on the pitch, most recently three consecutive Champions League titles."

"This has enabled the club to continue to drive commercial revenue as the appetite to partner with Europe's most successful clubs remains stronger than ever," he added.

Barcelona had earnings of 690.4 million euros, a rise from 648.3 million in the previous year.

Manchester United, who topped last year's table, saw their revenue calculation fall slightly to 666 million euros from 676.3 million but they are one of the record six Premier League teams in top 10.

Football finance expert Rob Wilson, of Sheffield Hallam University, said that United's drop to third in the rankings was expected.

He said, "This was predictable mainly due to the timing of commercial and sponsorship renewals. The big ticket items; shirt manufacturing and shirt sponsorship being renewed and improving the overall position of a number of clubs."

"MUFC don't go back to the negotiating table for a while yet. Expect them to stay off the top spot for a good few years yet, particularly with a possible reduction in matchday revenue if they miss out on qualification to the Champions League," he added.

United's position was also affected by exchange rates as their actual revenue measured in pounds sterling rose slightly from 581.2 million to 590 million.

The club is rated as the number one football brand by KPMG and the most valuable club by Forbes.

There are no Italian clubs in the top 10 with Juventus slipping to 11th place, while Bayern Munich are the sole German club.