Giroud joined Chelsea on a deadline-day transfer from Arsenal in January 2018. 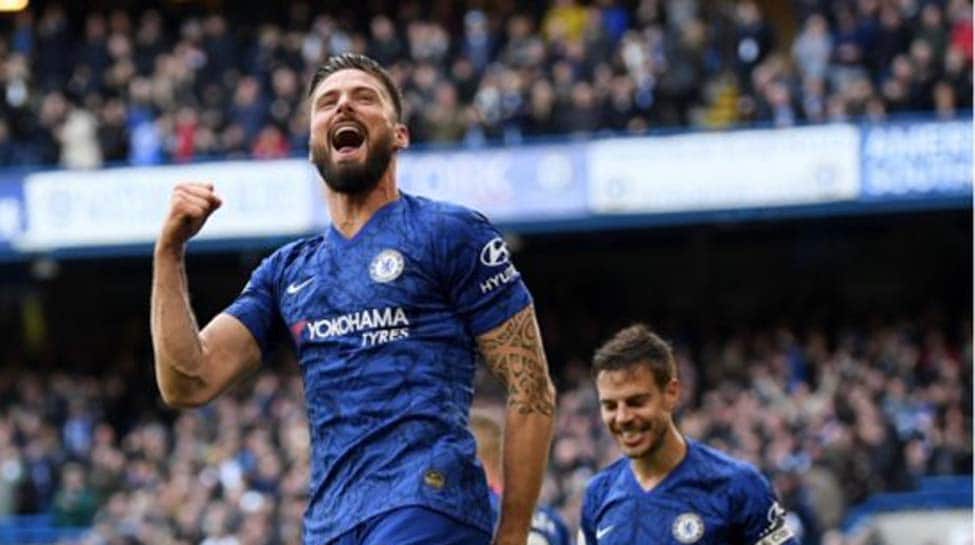 Striker Olivier Giroud has signed a new year-long contract with Chelsea which will keep him with the English Premier League (EPL) club until at least the end of the 2020-2021 season.

The 33-year-old, whose contract was due to end at the conclusion of the current campaign, has now ensured his stay at Stamford Bridge for a total of two and a half year.

Reflecting on contract extension with Chelsea, Giroud said that he is eagerly looking forward to don the Chelsea jersey again and enjoy competitive football with his team-mates.

‘I am delighted to continue my journey and adventure at Chelsea. I can’t wait to get back to playing and enjoying competitive football with my team-mates. I’m looking forward to wearing the Chelsea shirt again, especially in front of our fans at a full Stamford Bridge, whenever it is safe to do so," Chelsea official website quoted Giroud as saying.

Chelsea director Marina Granovskaia said that Giroud has proven time and again that he is a trophy winner who could help the new generation to become that too.

"It is clear to the club that Olivier continues to be a player we want in the squad, especially as we maintain the important balance between top-quality experience and the exciting young talent we have available, and his attitude when asked to play a supporting role has been exemplary. He is a proven trophy winner who we hope can help our new generation to become that too," Granovskaia said.

Giroud joined Chelsea on a deadline-day transfer from Arsenal in January 2018. He made 39 starts for the Premier League club besides making 37 sub appearances. The striker has also scored 21 goals for the club.

Giroud also smashed goals in the semi-final of the FA Cup and final of Europa League for the Premier League club. He also won FIFA World Cup with France in the summer of 2018.