Stange, 70, had come out of retirement last year to take charge of Syria and nearly secured a maiden entry into the World Cup finals before a playoff defeat by Australia ended their hopes. 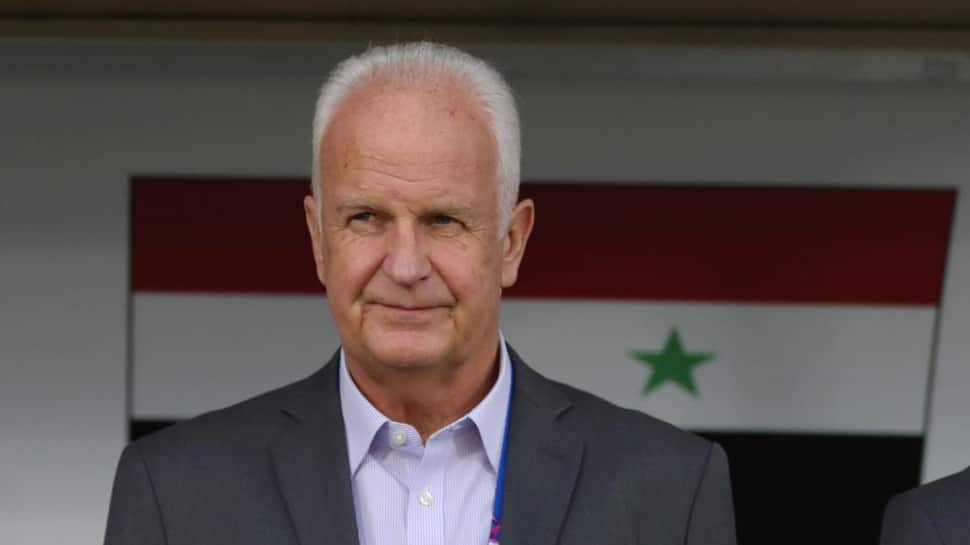 Syria have sacked head coach Bernd Stange following the team's 0-2 defeat against Jordan in the AFC Asian Cup on Thursday left their qualification hopes hanging by a thread.

Syria, who were held to a goalless draw in their first group game against Palestine, are third in Group B and could find themselves bottom if Australia beat Palestine on Friday.

"The Syrian Arab Football Federation has decided to dismiss coach Bernd Stange and appoint Fajr Ibrahim," the Syrian FA said in a statement.

Former player Ibrahim had previously coached Syria in three stints, the last of which ended in March 2016.

Stange, 70, had come out of retirement last year to take charge of Syria and nearly secured a maiden entry into the World Cup finals before a playoff defeat by Australia ended their hopes.

Stange accepted responsibility after Thursday`s loss to Jordan and refused to point fingers at his players.

"Coaches are always responsible for the performance of the team," Stange said before he was sacked. "I will never ever blame one player or a group of players for something like this."

Stange is the second coach to lose his job during the tournament in the United Arab Emirates after Thailand sacked head coach Milovan Rajevac following a 4-1 defeat by India in their opening game.

Syria must beat defending champions Australia in their final group game on Jan. 15 to have any hopes of qualifying for the knockout stage.