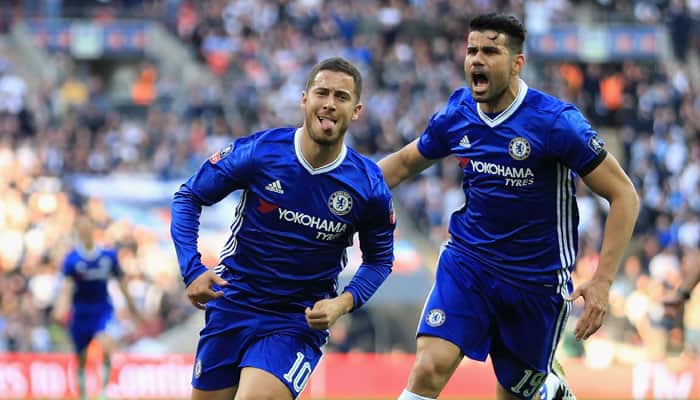 Ajax Amsterdam have been banned from selling tickets to their fans for next month`s Champions League game at Chelsea following crowd trouble in their match at Valencia, European soccer`s governing body UEFA has said.

"The Control, Ethics and Disciplinary Body has decided ... to ban AFC Ajax from selling tickets to its away supporters for its next (1) UEFA competition match," UEFA said in a statement on Thursday.

The Dutch champions, who were given 30 days to contact Valencia and settle damages caused by their supporters at the Mestalla Stadium, said in a statement that they would ask UEFA for more information.

UEFA have also banned Eintracht Frankfurt from selling tickets to their fans for their Europa League trips to Standard Liege on Nov. 7 and Arsenal on Nov. 28.

Frankfurt were charged with various offences related to crowd trouble as well as a late kickoff in their 1-0 win at Vitoria Guimaraes earlier this month.