The dramatic win left Valencia seventh on 39 points, six behind fourth-placed Getafe, two adrift of Alaves in fifth and one behind Sevilla. 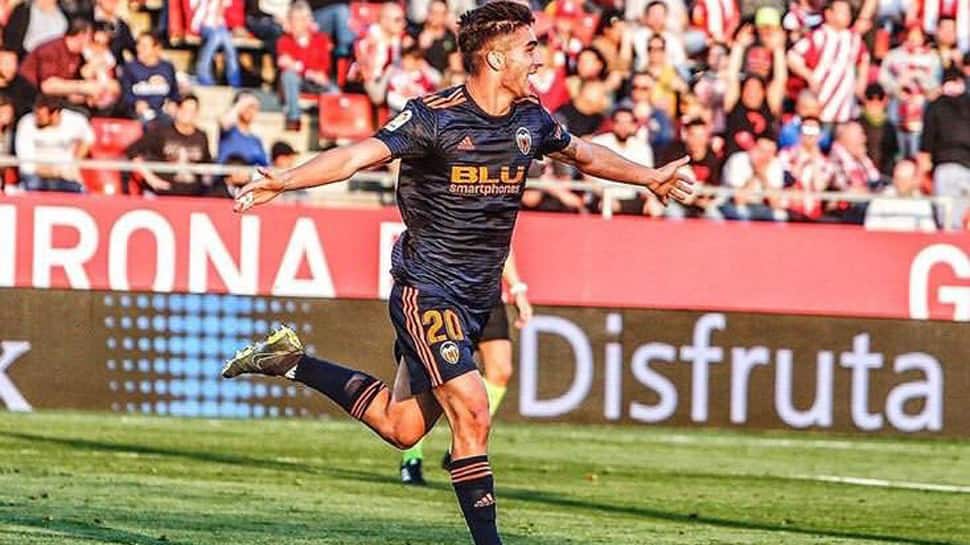 Valencia claimed a fourth straight win in all competitions to reignite their hopes of finishing in the Liga top four, by winning 3-2 at Girona with a late goal from teenager Ferran Torres after having a man sent off on Sunday.

Forward Ferran, 19, latched on to a through ball and rounded goal-keeper Bono to score in the 90th minute and give Valencia the lead for the third time in a thrilling game at Montilivi.

The dramatic win left Valencia seventh on 39 points, six behind fourth-placed Getafe, two adrift of Alaves in fifth and one behind Sevilla, who thrashed Real Sociedad 5-2 on Sunday with the help of a hat-trick from Wissam Ben Yedder.

Portugal international Goncalo Guedes scored his first goal of the season to put Valencia ahead in the 14th with a smart first-time finish, but Girona defender Jonas Ramalho headed the home side level midway through the first half.

Valencia captain Dani Parejo netted early in the second period, but Girona's Uruguay international Cristhian Stuani equalised with a penalty in the 83rd after Facundo Roncaglia was sent off for two yellow cards in the space of 10 minutes.

Girona then sought a winner and left themselves open at the back, making it easier for Geoffrey Kondogbia to pierce their high defensive line with a pass which Ferran made the most of.