Victory against Everton was followed by home wins over Leicester City and West Ham United, pushing Wolves to seventh place on 38 points. 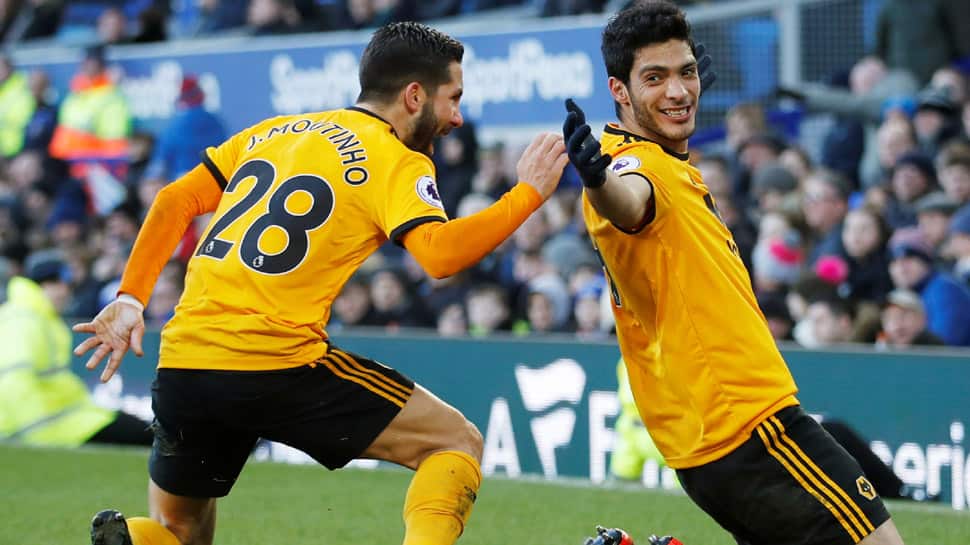 A steady run of three wins from as many Premier League matches has left promoted Wolverhampton Wanderers full of confidence and feeling unstoppable, top scorer Raul Jimenez has said.

Goals by Ruben Neves, Jimenez and Leander Dendoncker helped Wolves outclass Everton 3-1 on Saturday and equal their highest tally of 11 wins in a league campaign, going back to the 2010-2011 season.

Victory at Goodison Park followed home wins over Leicester City and West Ham United, pushing Wolves to seventh place on 38 points, four ahead of their nearest rivals Watford and firmly in contention for a place in European competition next season.

"With these results and all the confidence we have, we can be unstoppable.We know we have a good team with all of us doing the right things in our positions. We're enjoying our games, we're happy, striker Jimenez, who has struck nine goals in the league, said.

In Portugal's Nuno Espírito Santo, Wolves have a manager who has helped polish their counter-attacking approach in the top flight and trouble the big teams.

"We want to win every game. Sometimes we'll lose, but we have to keep going and try to do what we did on Saturday," Mexico international Jimenez added, highlighting their philosophy under Santo.

Wolves host 15th-placed Newcastle United in their next league match on February 12.

Serie A: Atalanta win at Cagliari to close in on Champions League places