The Goa Assembly has a strength of 40 members but currently, there are 36 MLAs following the death of two BJP legislators, Manohar Parrikar and Francis D'Souza, and the resignation of two Congress lawmakers. 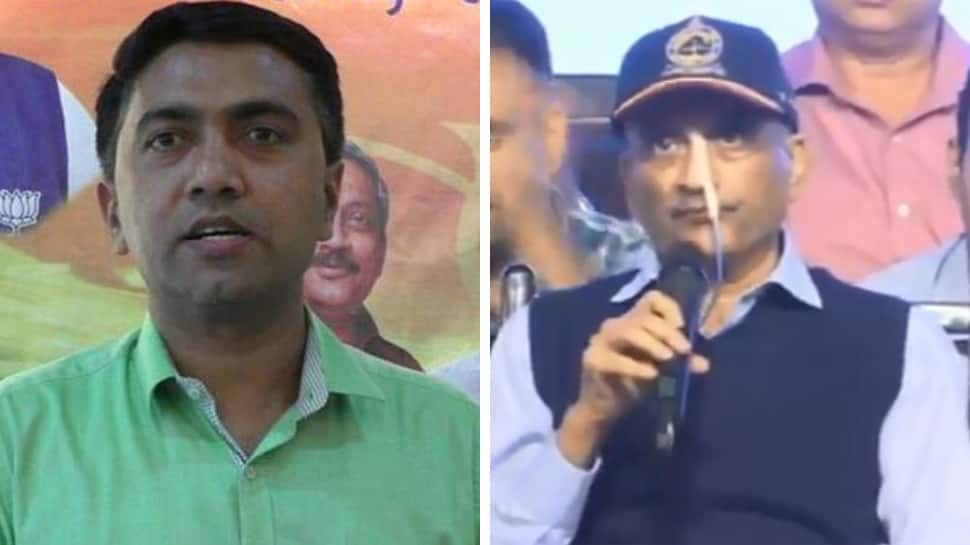 Goa Assembly Speaker Pramod Pandurang Sawant is emerging as the frontrunner to take over as the chief minister of the state following the death of Manohar Parrikar, sources told Zee News on Monday. Sawant is a two-time MLA and was elected as the Speaker on March 22, 2017, after the Bharatiya Janata Party (BJP) formed the government in the state following the Assembly election in alliance with Maharashtrawadi Gomantak Party (MGP), Goa Forward Party (GFP) and Independents.

The Goa Assembly has a strength of 40 members but currently, there are 36 MLAs following the death of two BJP legislators, Manohar Parrikar and Francis D'Souza, and the resignation of two Congress lawmakers. The majority mark in Goa Assembly at present is 19.

The Congress, which staked claim to form the government in the state on Sunday evening, is the single-largest party with 14 MLAs, the BJP has 12, MGP three, GFP three, Nationalist Congress Party 1 and three Independents. The BJP is claiming the support of MGP, GFP and Independents.

But Congress leaders say the BJP has lost the support of its allies in Goa Assembly as MGP and GFP had joined the government in 2017 only on the condition that Manohar Parrikar should be the chief minister and with his death, the situation has changed.

"We deeply mourn the sad demise of Shri Manohar Parrikar, Chief Minister of Goa. This unfortunate development calls for the immediate action on your part for the smooth transition and transfer of power. The coalition partners of the Parrikar-led government had allied with BJP on condition that the government is headed by Mr Manohar Parrikar, the then Defence Minister of India. The BJP, therefore, has no allies as of now. We therefore hereby once again stake claim to form the government," the Congress said in the letter written to Goa Governor Mridula Sinha.