PM Narendra Modi sounds poll bugle in Haryana, says the mood is in favour of BJP

Haryana administration and the BJP had made special arrangements to make PM Modi's rally a huge success. 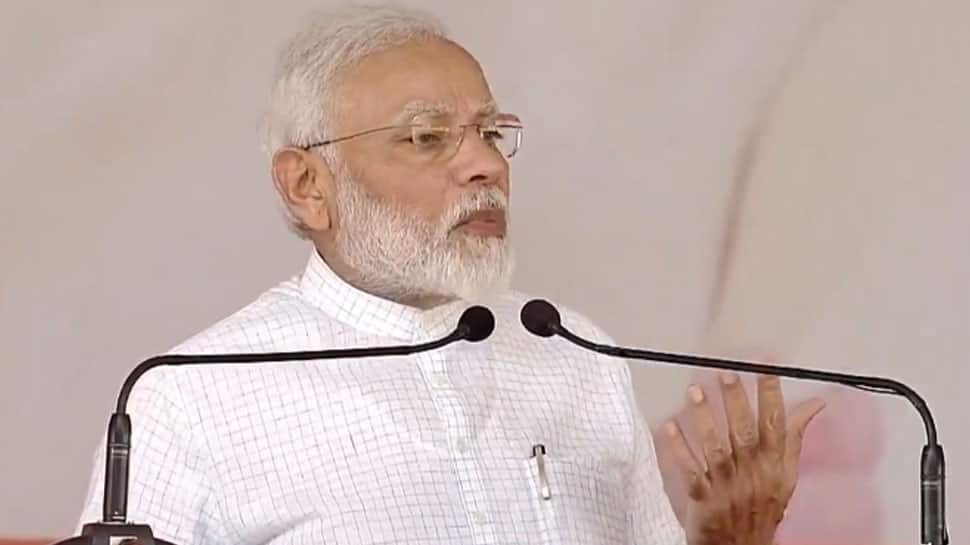 “I would like to thank you all for making BJP win on all 10 Haryana seats in Lok Sabha elections 2019,” PM Narendra Modi said while addressing a rally in Haryana’s Rohtak.

''This is the third time in the past few months that I am visiting Rohtak. This time, I am here to ask for more support. And Rohtak has always given me more than what I asked for,'' PM Modi said.

Haryana CM Manohar Lal Khattar and top state BJP leaders were present on the podium as the PM addressed a sea of supporters in the Rohtak rally.

Endorsing the ML Khattar government in Haryana, the PM said that the huge support to the BJP government has signalled which way the wind is blowing in the state.

“I hope the way you supported me in Lok Sabha elections 2019, you will also support Haryana CM Manohar Lal Khattar in the upcoming assembly elections,” PM Modi urged the supporters at the Rohtak rally.

''Your (people's) enormous support to the BJP government here has indicated that the mood is in favour of BJP,'' the PM said.

The PM said that he has come to Haryana to seek votes for BJP at a time when his government has completed 100 days in its second term.

“The past 100 days were the days of change, determination, improvement, and good intention,” the PM said.

While assuring the voters in Haryana that the BJP-led central and the state government remained committed to taking all steps for the welfare of the people of this country, the PM said, ''Be it the matter of Jammu, Kashmir and Ladakh or of worsening water crisis, 130 crore citizens of India have started looking for new solutions to the problems.''

The PM began his poll campaign from Rohtak - the only Lok Sabha seat in the state which was won by the Congress in the 2014 elections - on the conclusion of the state BJP`s 'Jan Ashirwad Yatra'.

The Yatra was flagged off by Union Defence Minister Rajnath Singh from Kalka town, some 20 km from Chandigarh, on August 18. It is culminating in Rohtak after passing through the state's 90 Assembly seats.

The district administration and the party had earlier made special arrangements to make PM Modi`s Rohtak rally successful.

Likewise, the BJP also installed welcome hoardings made from paper and cloth to minimize the impact of plastic. The Election Commission is yet to announce the election dates, but the BJP has almost completed its first phase of the campaign in the state.

Khattar has told the media that the elections in the state are likely to be held around October 15 and the Model Code of Conduct will come into force any time by September 15.

The ruling BJP in Haryana seems confident of winning the next Assembly elections on the basis of its performance and also because the most opposition parties in the state are in disarray.

While the main opposition - the Indian National Lok Dal (INLD) - has been reduced to a minority as most of its legislators and leaders have joined the BJP, infighting continues to dog the Congress, which ruled the state for two consecutive terms till 2014.

Khattar`s slogan `Mission 75` has got louder after the party`s stellar performance in the last Lok Sabha elections, where the BJP won all the 10 seats - a first in state`s electoral history.

He is the first BJP Chief Minister of the state, which was formed on November 1, 1966, and aims at improving the party`s tally in the Assembly from 48 legislators.