The study named `Behavioural issues in late life may be the precursor of dementia - A cross-sectional evidence from memory clinic of AIIMS, India` conducted by the Department of Geriatric medicine also stressed on multimorbidity, diabetes and urinary incontinence to be significantly associated with MBI. 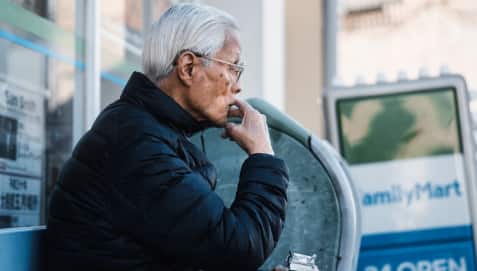 New Delhi: Asia`s first-ever study on Mild Behavioural Impairment (MBI) by All India Institute of Medical Sciences (AIIMS) observed that MBI is a precursor to dementia. The finding stress upon the importance of assessing neuropsychological symptoms in patients without dementia. This study also establishes the relationship between MBI and diabetes for the first time.

The study named `Behavioural issues in late life may be the precursor of dementia - A cross-sectional evidence from memory clinic of AIIMS, India` conducted by the Department of Geriatric medicine also stressed on multimorbidity, diabetes and urinary incontinence to be significantly associated with MBI.

In this cross-sectional observational study, 124 subjects of 60 years and above were recruited between March 2017 to October 2018, from the memory clinic of the Department of Geriatric medicine with memory or behavioural complaints.

Dr Prasun Chatterjee, Associate Professor, Department of Geriatric Medicine, AIIMS, Delhi told ANI, "It is the first-ever study in Asia that shows MBI is a precursor of dementia. It is divided into three stages. The first stage is called Subjective Cognitive Impairment (SCI) where patient acquires little forgetfulness where we do a neuropsychological assessment but do not diagnose them as dementia. It is followed by Mild Cognitive Impairment (MCI) where people are forgetful, faces problem on various judgemental skills, however it does not impair their day-to-day activity. The third stage is full-fledged dementia."

In this study, people with amnestic variety seemed to have a significant amount of behavioural problem which is being ignored by both physician and family considering it to be an age-related problem.

"Our observation is if you can find these group of people, treat or diagnose them at the earliest but not ignore them. Moreover, previous studies have shown that diabetic people are more prone to dementia but this study observed that diabetic is also prone tp neuropsychological behaviour making it first of its kind across the globe," Dr Chatterjee said.

The proportion of domains involved are decreased motivation 60.78 per cent (31), emotional dysregulation 54.90 per cent (28), impulse dyscontrol 68.63 per cent (35), social inappropriateness 21.57 per cent (11), abnormal perception 2 (3.93 per cent). Also, the presence of multi-morbidity, and diabetes, were statistically significant between the groups.

Dr Abhijith Rajaram Rao, Senior Resident, AIIMS on his thesis paper mentioned, "this study was conducted in a dedicated memory clinic. Among the patients who came to us with memory complaints, 41 per cent had Mild Behaviours impairment (MBI). Impulse dyscontrol (which includes agitation, aggressive behaviour, being uncharacteristically argumentative, irritability, recklessness) was seen in 68 per cent, followed by decreased motivation (60 per cent) of the patients with MBI. It was also interesting to note that the presence of multimorbidity (two or more comorbidities) was associated with MBI."

"Having identified the risk factors associated with MBI, future research could focus on trying to modify these factors and see its impact on MBI and future risk of dementia," Dr Rao said in addition.

It is undeniable that dementia would be the future epidemic of ongoing demographic transition in India. So there is a dire need for identification of pre-dementia state and their risk factors which in turn will allow for primary and secondary prevention of dementia.

COVID-19 may be transmitted with use of toilets: Study