Are expensive medicines making your condition worse? This is the Nocebo effect, says study

Researchers at University Medical Center Hamburg-Eppendorf in Germany studied if price might also affect the strength of the nocebo effect. 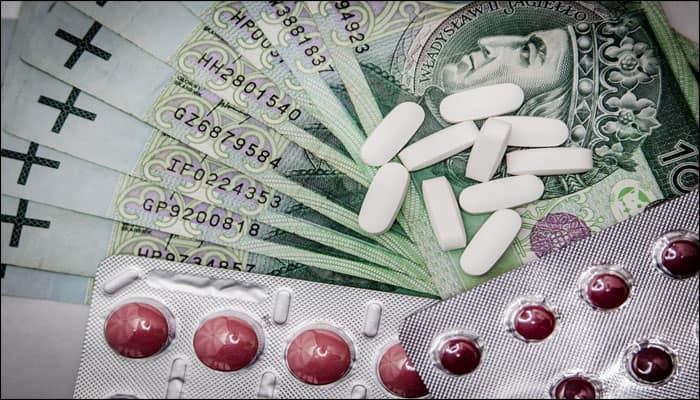 New Delhi: While medicines and treatments – irrespective of their price – are meant to make you feel better and heal you from whatever it is you are suffering, a study has said that expensive ones could actually worsen your condition.

According to the study, people are more likely to experience stronger side effects when a treatment seems to be costly.

This is called the 'nocebo effect' – the opposite of the placebo effect.

While the placebo effect means that some people feel better when they have unknowingly been given a sham or control treatment, the nocebo works the opposite way.

Researchers at University Medical Center Hamburg-Eppendorf in Germany studied if price might also affect the strength of the nocebo effect.

The team created two packages for fake creams and told volunteers that they are used to treat itchy skin. One package looked like an expensive pharmaceutical brand name, while the other looked like a cheaper, generic medication.

The participants were shown one of the two creams and told that it was believed to increase a person's sensitivity to pain as a side effect, 'New Scientist' reported. Researchers then applied creams to participants' arms, and exposed their limbs to increasing levels of heat. Each person was asked to rank the discomfort they felt.

The study, published in the journal Science, noted that participants given the more expensive-looking cream reported more pain than those given the cheaper-looking cream. Relative to a control cream that was described as having no active ingredients, the generic-looking cream raised pain on average by around three per cent, while the expensive- looking cream increased pain by nearly 30 percent, researchers said.

The finding confirms that the price of a treatment effects not only placebo strength, but nocebo power too, they said.

23% adults aged 50 and above disclose their feelings before committing suicide: Study