Are your kids showing an interest in a musical instrument? Encourage them to learn! - This is why 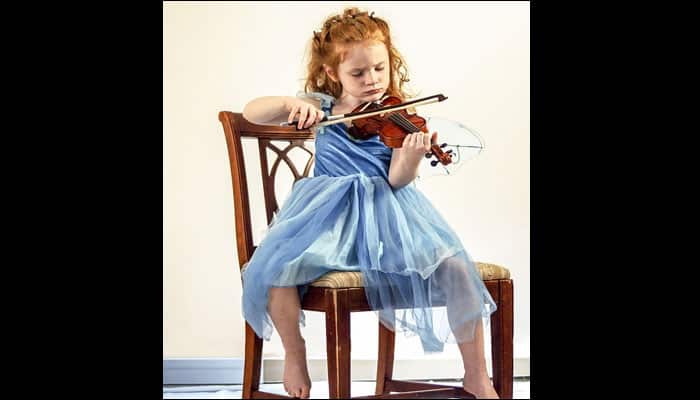 New Delhi: The power of music is undeniably unmatched. Various studies have confirmed highly effective results when it comes to the healing properties of music in situations of emotional and/or mental stress.

It not only has an impact on humans, but on animals too, which many researches have shown as well.

Establishing the positive effects of music on health, a new study has encouraged parents to allow their children to learn a music instrument if they show interest in it.

According to the study, playing any musical instrument throughout life may help improve the connection between the brain's hearing area and the motor zone.

The findings showed that musical training produces an increase in audio-motor interactions in the right hemisphere at rest.

"This indicates that when a musician trains and spends many years learning to play a musical instrument, there are more effective connections between the auditory and motor systems, which are the regions mainly involved in playing an instrument," said Maraa Angeles Palomar-Garcia, researcher at the Universitat Jaume I (UJI) in Spain.

Further, the research also revealed an adaptation in musicians' brain areas responsible for controlling hand movement. Specifically, participants with musical training had reduced connectivity between the motor regions that control both hands, but may have greater autonomy between their hands.

This, "may reflect a greater skill with both hands for these musicians, compared to the participants who had no musical training, due to the need to use both hands in an independent and coordinated way to play their instrument," Palomar-Garcia explained.

For the study, published in the journal Cerebral Cortex, the team studied the impact of music training on the brain through both functional and structural images of the brain in rest through high field magnetic resonance imaging.

The study also revealed a degree of brain plasticity, which indicates that the brain is able to adapt itself.

"Studies on brain plasticity associated with learning are fundamental to understanding the factors that determine the flexibility of the brain to adapt to a particular situation," says César Avila.