Breakthrough? New drug has a potential cure for diabetes: Study

Researchers have answered a long-standing question as to why diabetics have more amount of an enzyme called dipeptidyl peptidase 4 or DPP4 in their blood. 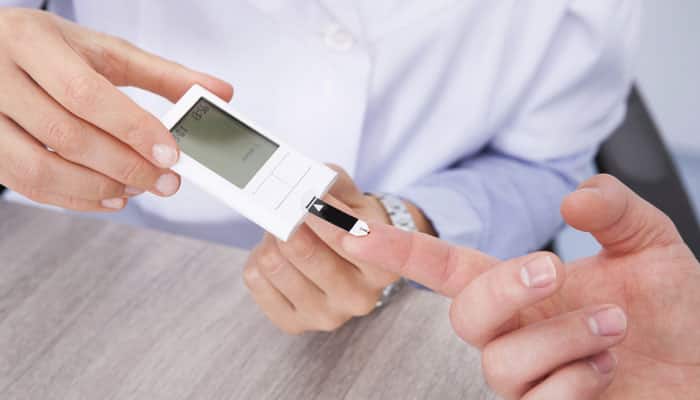 New Delhi: A team of researchers from Indian origin has found a potential new drug target for treating diabetes.

The team from Kolkata's CSIR-Indian Institute of Chemical Biology, Republic of Korea's Institute for Basic Science (IBS), Kolkata's Vidyasagar College and the Institute of Postgraduate Medical Education and Research (IPGMER) has answered a long-standing question as to why diabetics have more amount of an enzyme called dipeptidyl peptidase 4 or DPP4 in their blood.

But why diabetic patients start accumulating DPP4 in the blood is still an enigma.

The team led by CSIR-IICB's Partha Chakrabarti identified the contribution of a particular class of white blood cells called T lymphocytes (Th17) behind the aberrant abundance of DPP4 in diabetics.

"Diabetics have abundant DPP4 in blood (we first time showed it for Indian patients), but its tissue source was not known. We found that certain immune cells (Th17 cells) shed DPP4 at enhanced rate. This process needs another enzyme KLK5. This is a new finding that answers a long standing question as to why diabetics have more DPP4," Chakrabarti told IANS.

Kallikrein-related peptidase 5 or KLK5 cleaves off the DPP4 present on the surface of Th17 cells and the freely circulating DPP4 starts piling up in blood.

DPP4 destroys the hormone incretin that stimulates insulin secretion in response to meals. Incretin assists the body in producing more insulin only when it is needed and reduces the amount of glucose being produced by the liver when it is not needed.

Tags:
DiabetesDiabeticsNew drug has a potentialCure for diabeteshealth news
Next
Story

Dealing with cancer might become easier with new nanoparticles