Claimed to be the largest of its kind, the study had ethnically diverse participants who included African-Americans, Japanese-Americans, Latinos and whites. 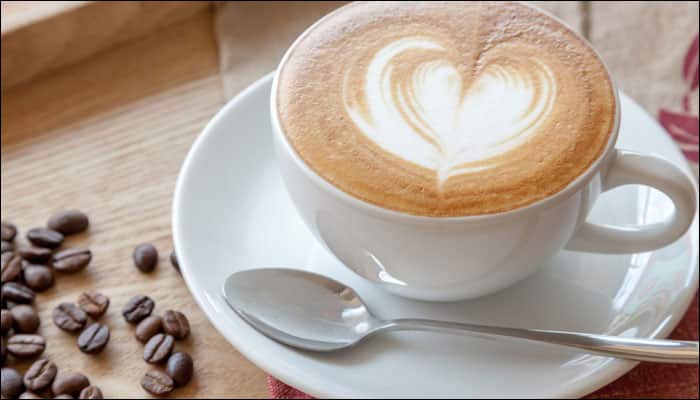 New Delhi: Coffee, for most people around the globe, is an essential apparatus to help kickstart the day. It is a cup for all seasons and without their favourite brew, the day seems incomplete.

Known for its high caffeine content, coffee has often been on the list of 'things to avoid' given to us by dieticians and health and fitness experts.

However, many studies in the past have shown coffee to contain numerous health benefits like weight loss, improvement in physical performance, reduction in risk of diabetes, protection from Alzheimer's and dementia, among others.

Now, US researchers have come up with some more good news for coffee lovers by concluding that drinking coffee could lead to a longer life!

As per the study, which included the participation of more than 180,000 volunteers, researchers found that people who drank regular or decaffeinated coffee experienced health benefits, such as increased longevity.

The researchers report in the journal Annals of Internal Medicine that people who consumed a cup of coffee a day were 12 percent less likely to die earlier compared to those who didn't drink coffee. This association was even stronger for those who drank two to three cups a day – 18 percent reduced chance of death.

Lower mortality was present regardless of whether people drank regular or decaffeinated coffee, suggesting the association is not tied to caffeine.

Claimed to be the largest of its kind, the study had ethnically diverse participants who included African-Americans, Japanese-Americans, Latinos and whites. "Such investigations are important because lifestyle patterns and disease risks can vary substantially across racial and ethnic backgrounds, and findings in one group may not necessarily apply to others."

Since the association (between coffee drinking and longer life) was seen in four different ethnicities, it is safe to say the results apply to other groups, the authors claim. "Seeing a similar pattern across four different populations gives stronger biological backing to the argument that coffee is good for you whether you are white, African-American, Latino or Asian."

According to the authors, although this study does not show what chemicals in coffee may have this beneficial effect, it is clear that coffee "can be incorporated into a healthy diet and lifestyle".

Shunned during her periods to a 'menstruation hut', teenager dies of snakebite