Colon cancer: Eating tree nuts may cut risk for return of the disease

The finding by Dr Temidayo Fadelu of Dana-Farber Cancer Institute in Boston and colleagues is the latest to suggest a health benefit from nut consumption. 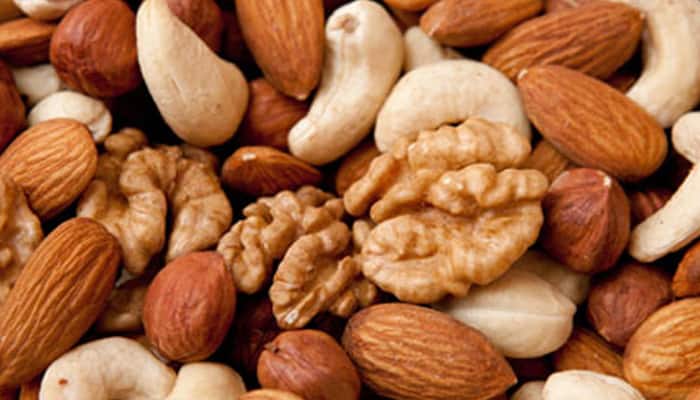 Chicago: Colon cancer survivors who ate at least two ounces (57 grams) of tree nuts a week - roughly 48 almonds or 36 cashews - were significantly less likely to have their cancer return or to die from their cancer than those who did not eat nuts, US researchers said on Wednesday.

The finding by Dr Temidayo Fadelu of Dana-Farber Cancer Institute in Boston and colleagues is the latest to suggest a health benefit from nut consumption.

The researchers analyzed a questionnaire about dietary intake from a clinical trial of 826 patients with stage III colon cancer - a stage in which the cancer has spread to nearby lymph nodes but not other parts of the body.

All of the patients in the study had received surgery and chemotherapy to treat their colon cancers.

The benefit applied only to tree nuts and not peanuts or peanut butters, said Fadelu, whose study was released in advance of the upcoming American Society of Clinical Oncology (ASCO) meeting to be held early next month in Chicago.

That may be because peanuts are legumes, which may have a different metabolic composition than tree nuts, Fadelu said.

"This study shows that something as simple as eating tree nuts may make a difference in a patient`s long-term survival," ASCO President Daniel Hayes said in a statement.

Hayes said basic healthy eating is often overlooked by doctors and their patients in cancer care.

Fadelu said further studies should look at whether tree nuts are associated with better health outcomes at other stages of colon cancer.