The homemade remedy message has gone viral amid the reports of shortage of oxygen supply and beds in Indian hospitals. 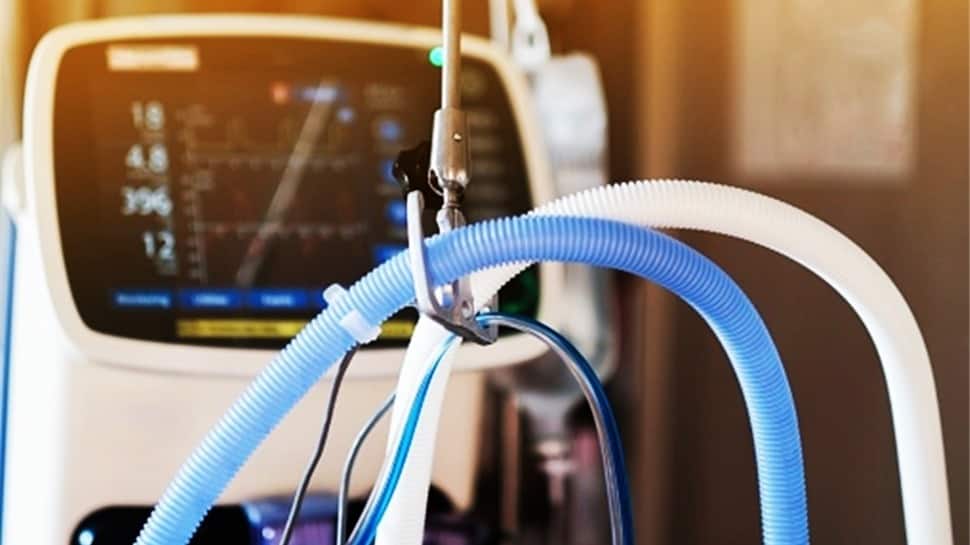 New Delhi: Amid the reports of shortage of oxygen supply and beds in Indian hospitals, a social media post has gone viral that claims that a 'homemade remedy' can help a person in increasing the oxygen level.

The viral post which has also been shared by Union Minister Mukhtar Abbas Naqvi says that camphor, lavang (clove), ajwain and a few drops of eucalyptus oil help in increasing oxygen levels and congestion.

It reads, "Camphor, lavang, ajwain, few drops eucalyptus oil. Make potli and keep smelling it throughout the day. This helps increase oxygen levels and congestion. This potli is given to tourists in Ladakh when oxygen levels are low. It's a home remedy." 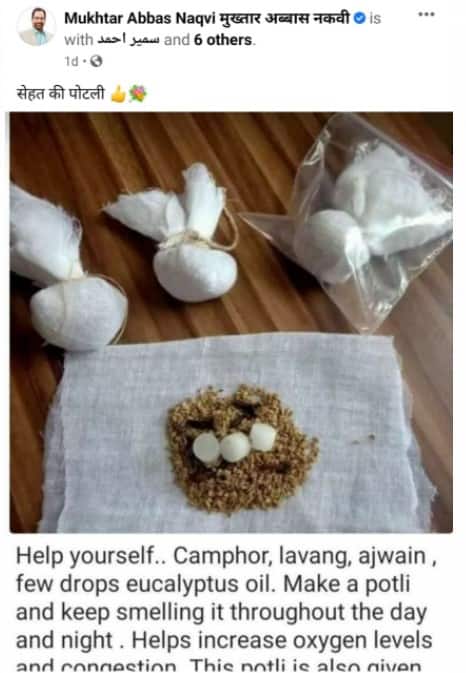 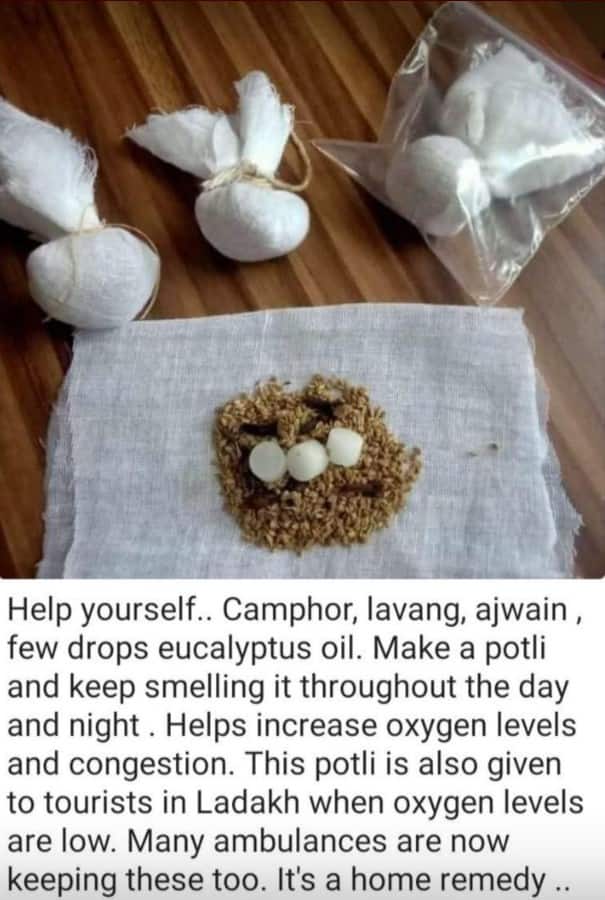 However, this claim stands false according to a few reports.

As per reports, there is no proof that camphor, lavang or ajwain increase blood oxygen or provide relief during respiratory distress, but may work as a feel-good therapy during mild respiratory infections.

Camphor is used to rub on the skin to reduce pain and itching, and some studies suggest that they have no effect on nasal decongestion.

Likewise, there is no study that suggests that clove, ajwain and eucalyptus oil increase oxygen levels and congestion.

Meanwhile, several prescriptions for COVID-19 treatment have also gone viral on WhatsApp and Facebook. It ranges from home remedies to Ayurveda and Unani prescriptions and audio and videos advises and notably, none of the remedies are certified or verified.

"I have been closely monitoring the recipes and I am completely flummoxed. One such recipe for patients in home isolation, recommends five teaspoons of cinnamon powder, taken with warm water. Cinnamon can actually increase the amount of carbon dioxide produced in the stomach, which restricts blood circulation by constricting your blood vessels. This helps you retain body heat and is counterproductive in summer," the IANS quoted Dr Narottam Kumar, a physician, as saying.

He said that advisories that recommend drinking 'kadha' (a concoction of spices) every two hours are also harmful.

‘Thinking Remdesvir as a miracle cure for COVID is wrong,’ says medical expert