Diet soda's, other aerated drinks are putting your fertility at risk!

Doctors also said most of the soft drinks are caffeinated and contain fructose, which are associated with a higher risk of ovulatory disorders and infertility among women. 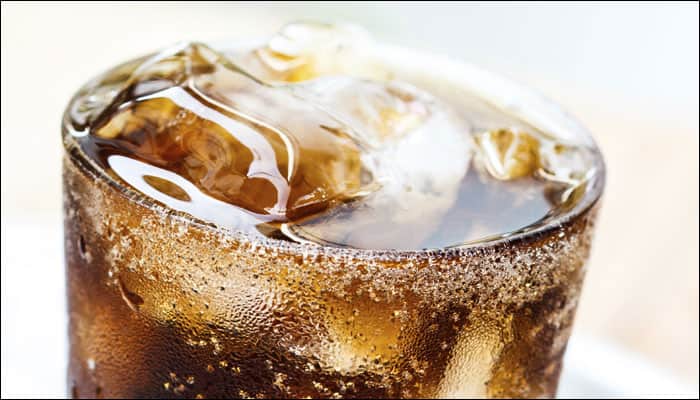 New Delhi: Whoever said that diet soda's are better and healthier than their sugary counterparts, needs to think again.

With sugary drinks, the outcome is pretty clear – rotting teeth, obesity, heart attack, stroke and diabetes risk and the list goes on.

When it comes to diet sodas, the evidence has been less solid, but nevertheless remains a debatable topic, since artificial sweeteners have been associated with—but not shown to necessarily cause—weight gain, diabetes, and heart disease.

Well, a study has now found more evidence that raises questions on the properties of diet sodas and other aerated drinks, saying that consumption of artificially sweetened sodas and aerated drinks may lead to infertility in humans, and not just a sedentary lifestyle.

Aerated drinks contain an artificial sweetener, aspartame, which can disrupt the endocrine system leading to hormonal imbalance and infertility issues in women.

"Almost all of the soft drinks and sodas contain aspartame which is linked to many health problems including infertility, malformations and miscarriages," said Arvind Vaid, an IVF expert at city-based Indira IVF.

"Excess consumption leads to hormonal imbalance and fluctuation that causes ovulatory disorders and even worsens PMS (Premenstrual symptoms)," he added.

Stating that phenylalanine and aspartic acids are the two amino acids present in aspartame considered natural and harmless when eaten in combination with other amino acids, the experts said when they are taken unaccompanied, it stimulates the generation of free radicals which leads to cell death.

"Sperm and ovum, being cells, have 90 percent chances of dying when this is consumed in excess. It is advised by many doctors and experts to avoid anything that helps in the formation of free radicals in the body for the significance of reproductive health," said Vaid.

"Soda is a highly acidic beverage, which alters the pH level of the body with excess consumption," said Jaiswar.

Talking about the high consumption of aerated drinks and sodas by men, Jaishwar said due to lack of nutrients in a high pH atmosphere, sperm cells either get harmed leading to its abnormal shape and poor quality or eventually die.

"Moreover Bisphenol-A (BPA), a chemical that reduces the male semen quality, is found in the lining of plastic bottles and most canned goods. Men who consume soft drinks more often are at 4 times the risk of lowering their sperm count, motility and concentration," said Jaiswar.

Doctors also said most of the soft drinks are caffeinated and contain fructose, which are associated with a higher risk of ovulatory disorders and infertility among women.

"Caffeine is known to be a vasoconstrictor that reduces uterine blood flow thereby reducing menstrual bleeding and shortening the duration of menses. Combination of caffeine, aspartame and fructose affects the sex hormones and the hormone receptors, even leading to infertility," said Radhika Vajpayee, IVF expert based in Lucknow.

Do you let smartphone apps track your period? They may be giving you inaccurate information!

Baba's dhaba is a hit, but what will happen to Amma's kitchen?