Are you suffering from insomnia? Well, this sleep disorder may increase the risk of an irregular and often rapid heartbeat, known as atrial fibrillation or arrhythmia. 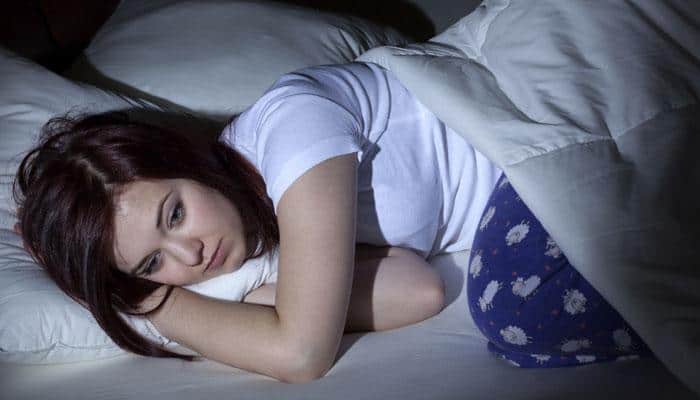 New York: Are you suffering from insomnia? Well, this sleep disorder may increase the risk of an irregular and often rapid heartbeat, known as atrial fibrillation or arrhythmia.

Researchers have found that insomnia also increases the risk of stroke, heart failure and other heart-related complications.

Insomnia is a sleep disorder where the person is having trouble falling asleep, not getting enough sleep, or having poor sleep.

Poor sleep is also known to increase the risk for high blood pressure, obesity and stroke -- key heart disease risk factors, said researchers from the University of Michigan in Ann Arbor, US.

The results showed that people diagnosed with insomnia had a 29 per cent higher risk of developing atrial fibrillation compared to those without insomnia.

People who reported frequent night-time awakening -- which puts extra stress on the heart's chambers -- had about a 26 per cent higher risk of developing atrial fibrillation compared to those who did not wake up a lot.

Having less rapid-eye movement (REM) sleep than other sleep phases during the night is also linked to higher chances of developing atrial fibrillation.

The lead study author Matt Christensen, a medical student at the University of Michigan said, "By examining the actual characteristics of sleep, such as how much REM sleep you get, it points us toward a more plausible mechanism. There could be something particular about how sleep impacts the autonomic nervous system".

Getting enough physical activity, avoiding too much caffeine can enhance sleep quality and may also help prevent arrhythmia, the researchers suggested.

The preliminary research was presented at the American Heart Association's Scientific Sessions 2016 in Louisiana, recently.