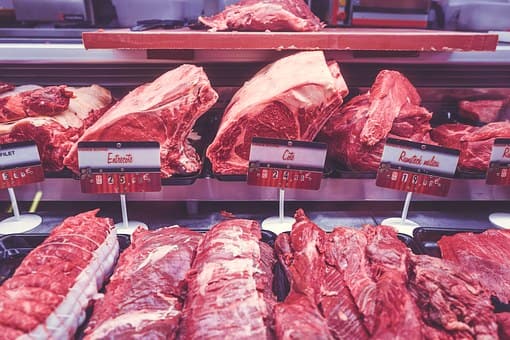 New Delhi: Red meat may be alluring to the taste buds but one cannot ignore the health risks associated with it. Researchers have found that red meat consumption may increase breast cancer risk while poultry consumption may prove to be protective against the disease.

"Red meat has been identified as a probable carcinogen. Our study adds further evidence that red meat consumption may be associated with increased risk of breast cancer whereas poultry was associated with decreased risk," said Dale P. Sandler from the National Institute of Environmental Health Sciences in the US.

For the study published in the International Journal of Cancer, researchers analysed information on consumption of different types of meat and meat cooking practices of 42,012 women who were followed for an average of 7.6 years.

Conversely, increasing consumption of poultry was associated with decreased invasive breast cancer risk - women with the highest consumption had a 15 per cent lower risk than those with the lowest consumption.

Breast cancer was reduced even further for women who substituted poultry for meat.

"Processed meat is usually made up of red meat but it also contains nitrates and nitrites which further break down to form carcinogen. It is recommended that not more than 455 gram of cooked red meat should be consumed in a week," Parag Kumar, Consultant, Surgical Oncology, Indraprastha Apollo Hospital in New Delhi, told IANS.

However, according to Rashmi Sharma, Senior Consultant, Surgical Oncology (breast services) at Narayanan Superspeciality Hospital in Gurugram, red meat is an important source of good quality protein and micro-nutrients such as iron and zinc.

"Women of childbearing age need this good quality protein for foetal development. But red meat also increases the chances of getting breast cancer so women should substitute this with poultry to get proteins and at the same time prevent getting breast cancer," Sharma told IANS.

According to Nitin Leekha, Senior Consultant, Surgical Oncology at Jaypee Hospital in Noida, apart from reducing the consumption of red meat, there are a number of precautions and other lifestyle improvements which reduce the risk of cancer.