Astronauts who wish to undertake the nine-month journey from Earth to Mars in the future would be better off sipping red wine during the trip. 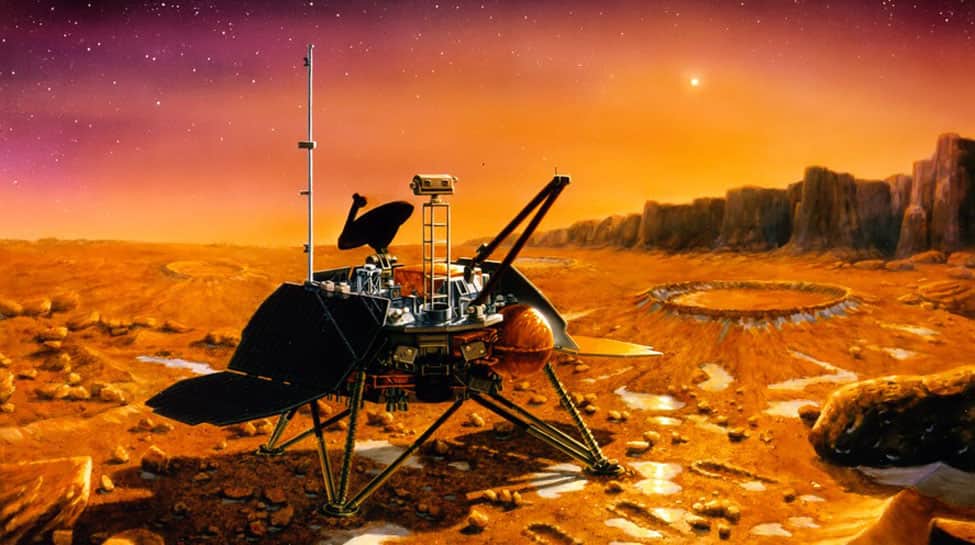 New York: Astronauts who wish to undertake the nine-month journey from Earth to Mars in the future would be better off sipping red wine during the trip, suggests new research from Harvard University.

Out in space, unchallenged by gravity, muscles and bones weaken. Weight-bearing muscles are hit first and worst, like the soleus muscle in the calf. So the researchers wanted to find out how to make sure the astronauts can stay strong after the trip.

Published in Frontiers in Physiology, the study showed that the red wine component resveratrol substantially preserves muscle mass and strength in rats exposed to the wasting effects of simulated Mars gravity.

"After just three weeks in space, the human soleus muscle shrinks by a third," said Marie Mortreux, lead author of the NASA-funded study."This is accompanied by a loss of slow-twitch muscle fibers, which are needed for endurance," Mortreux said.

To allow astronauts to operate safely on long missions to Mars -- whose gravitational pull is just 40 per cent of Earth's -- mitigating strategies will be needed to prevent muscle deconditioning.

"Dietary strategies could be key, especially since astronauts travelling to Mars won't have access to the type of exercise machines deployed on the ISS," said Mortreux.

A strong candidate is resveratrol: a compound commonly found in grape skin and blueberries that has been widely investigated for its anti-inflammatory, anti-oxidative, and anti-diabetic effects.

"Resveratrol has been shown to preserve bone and muscle mass in rats during complete unloading, analogous to microgravity during spaceflight. So, we hypothesized that a moderate daily dose would help mitigate muscle deconditioning in a Mars gravity analogue, too," Mortreux said. To mimic Mars gravity, the researchers used an approach in which rats were fitted with a full-body harness and suspended by a chain from their cage ceiling.

Thus, 24 male rats were exposed to normal loading (Earth) or 40 per cent loading (Mars) for 14 days. In each group, half received resveratrol (150 mg/kg/day) in water; the others got just the water. Otherwise, they fed freely from the same chow. Calf circumference and front and rear paw grip force were measured weekly, and at 14 days the calf muscles were analysed.

As expected, the 'Mars' condition weakened the rats' grip and shrank their calf circumference, muscle weight and slow-twitch fiber content. But incredibly, resveratrol supplementation almost entirely rescued front and rear paw grip in the Mars rats, to the level of the non-supplemented Earth rats.

"Further studies are needed to explore the mechanisms involved, as well as the effects of different doses of resveratrol (up to 700 mg/kg/day) in both males and females," Mortreux said.

Digital de-addiction clinic for children in UP