Sedentary lifestyle leading cause for heart disease in India

According to the survey, cardiovascular disorders are the cause of 25 per cent deaths in India and heart disease does not affect the urban and economically strong only, it also affects the rural and underprivileged population. 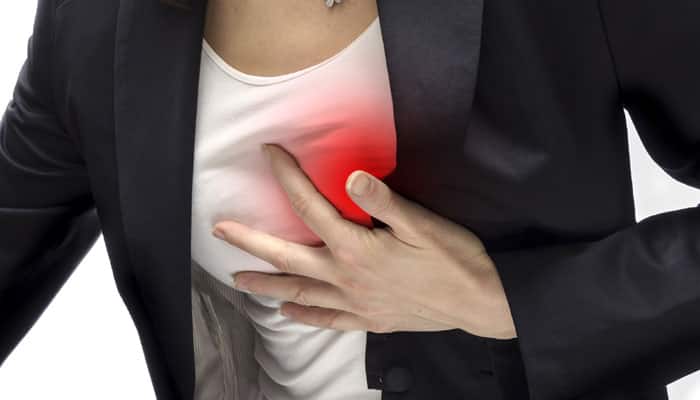 New Delhi: Sedentary but fast-paced lifestyle is a leading cause for heart diseases in India, a survey conducted by Curofy, a doctors networking app, has revealed.

According to the survey, cardiovascular disorders are the cause of 25 per cent deaths in India and heart disease does not affect the urban and economically strong only, it also affects the rural and underprivileged population.

The survey is based on 2,230 doctors and around 22.4 per cent of them said unhealthy food habits are the culprit, leading our population to an epidemic of heart failure.

"Sedentary lifestyle, stress and smoking are increasingly responsible for marked increase in CVD, especially in younger generation. Coupled with Indian diet which is rich in fried food adds to the development of coronary plaque that are responsible for heart attacks that result in poor heart pump function. Both of which result in increased risk of sudden cardiac death," said Kartikeya Bhargava, Senior Consultant of Cardiology, Medanta.

Only 13 per cent physicians said that genetic predisposition determines if a person will have a heart disease or not. So the age old practice of relying on family history to determine your predilection towards heart disease may be falling out of favour.

"Smoking is one of the leading cause for Premature Heart Disease. Sedentary lifestyles, sugar laden sweets and their heavy consumption also can not be ruled out, I would seriously advice running to be added as an important part of one's schedule," said Naresh Trehan, Managing Director of Medanta.