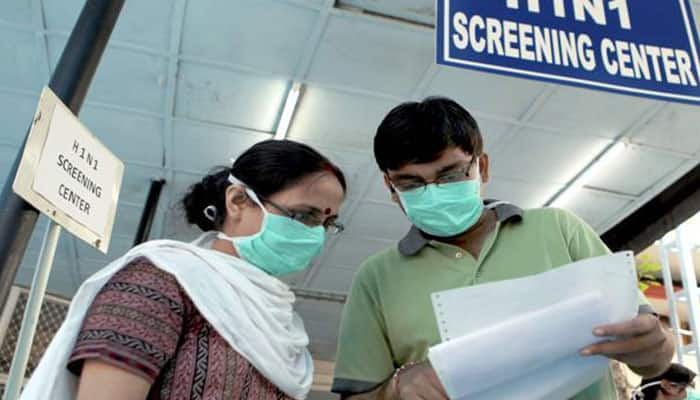 New Delhi: India is witnessing a spurt in the number of deaths and infections caused by swine flu, also known as the H1N1 virus, this year.

Experts are concerned as there has been a steep rise in the number of swine flu cases among young adults - about 40% of the deaths and 50% of the infections are among people in the 20-50 years age group, with no co-morbid conditions, the report added.

Even as the National Institute of Virology, Pune, ruled out mutation theory, some experts attribute the rise in the numbers to two factors - antigenic drift and the spread of a different strain (sub-type of virus) of H1N1 virus.

Several studies have also pointed towards the new strain of H1N1 virus - the Michigan strain, which has replaced the earlier California strain and has been in circulation since the end of 2016.

According to NIV, the Michigan strain is not more virulent than the California strain.

The World Health Organisation (WHO) has also recommended a vaccine for the new strain, named as A/Michigan/45/2015 to replace A/California/7/2009.

Commenting on the new vaccine recommended by WHO, Dr Soumya Swaminathan, director of the Indian Council of Medical Research said it was needed as the current one “may be ineffective”.

Symptoms and causes of swine flu

Swine flu transmission usually occurs from person to person via saliva and mucus particles. People may spread the infection by sneezing, coughing, touching a germ-covered surface and then touching their eyes or nose, etc.

The best way to prevent swine flu is to get a yearly flu vaccination, although no vaccine provides 100% protection.

Because swine flu is very contagious, people at high riskgroups are recommended to take a shot, especially, if suffering from illnesses such as asthma, heart disease, diabetes, hypertension, on immunosuppressants, cancer treatment, etc.