The premise of '1917' is sweet, simple and straightforward. Two young soldiers are given the task of sneaking through enemy line in order to deliver a message to the commander of another unit, which will, in turn save thousands of lives if the message is received in time. 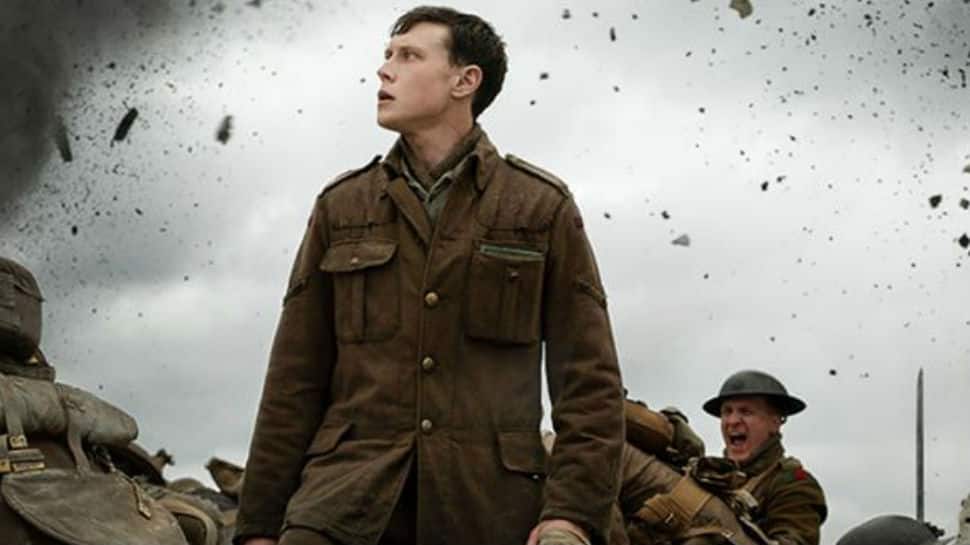 The premise of "1917" is sweet, simple and straightforward. Two young soldiers are given the task of sneaking through enemy line in order to deliver a message to the commander of another unit, which will, in turn save thousands of lives if the message is received in time.

The narrative begins on April 6, 1917, on the frontlines in the middle of World War I.

After telephone lines have been cut off, two ordinary British Soldiers, Lance Corporals Blake (Dean-Charles Chapman) and Schofield (George Mackay), are summoned by General Erinmore and tasked to hand-deliver a message to the 2nd Battalion of the Devonshire Regiment.

The military unit would be walking into a trap, if they do not receive this crucial message in a few hour. Sixteen hundred men would lose their lives, including Blake's older brother.

The duo have only a few hours before the fateful attack is launched and must traverse into enemy territory that may not have been deserted as they have been lead to believe.

This sets the narrative rolling. It is the journey of these two soldiers, who from their base cross through the no-man's land into the enemy territory and thereafter to their destination. This makes for a tense telling.

George Mackay and Dean-Charles Chapman live their characters to perfection. Their on-screen chemistry and camaraderie is palpable and thus you are drawn to them from the beginning to the end.

Apart from the performances, what makes this film a jaw-dropping experience, are its production designs and cinematography.

The camera seamlessly follows the two actors in and out of small or big sequences, and the entire two hour-plus film appears as if it is a single, long, unbroken film take. There have been films earlier that have achieved this feat, but for a war film, this is the first.

The sheer technical brilliance that this film offers is for one to see it on the big screen. It is like a cinematic magic trick, allowing you to sit in awe at the sheer ambition and technical wizardry of the filmmakers, for there are moments that bring an interesting verité feel to the narrative.

One of the brilliant set pieces, when Schofield runs through the ruins of a French village at night, with German flares providing momentary bursts of visible light above, is astounding. The meticulous precision of the camerawork, the timing of the lighting cues and the action of the actors make the entire enterprise to be deeply immersive, visceral and thrilling in its stunning sense of plausibility.

The only cause for concern is the momentary visual fatigue and boredom that sets in, owing to the monotonous visuals of the battlefield. Also there are a few cinematic liberties that can be overlooked.

As for the production values, each crater, each corpse strewn on the battlefield, helps paint a larger picture of the unseen stories leading to the moment. It adds to the real equivalent of "show, don't tell" method of storytelling. The serpentine trenches and the long walk from one end to the other get etched into our minds and make us aware of how daunting this trial will be, especially since every step is fraught with danger.

Layered on top of these jaw-dropping visuals is the superb score by Thomas Newman which elevates the viewing experience.

Overall, this film is do-not-miss fare.