The Commuter, often punctuated with the question "What kind of a person are you", ignites an ethical dilemma. You feel that the film is going to turn out to be a psychological thriller. But alas! That's where it all ends. 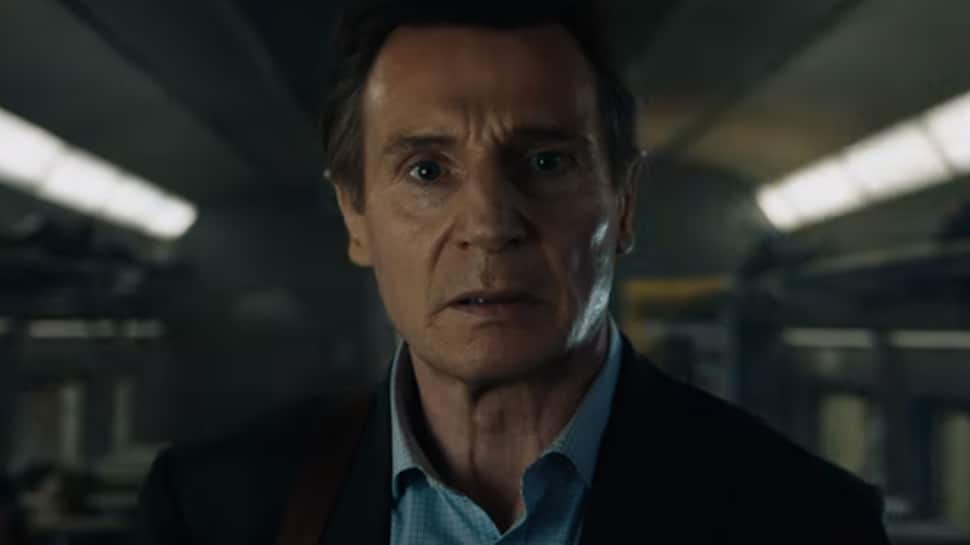 The Commuter, often punctuated with the question "What kind of a person are you", ignites an ethical dilemma. You feel that the film is going to turn out to be a psychological thriller. But alas! That's where it all ends.

This film, like all Liam Neeson's previous solo endeavours, lands up being just another thriller, packed with Neeson's brand of badass action.

In this film, Neeson plays Michael MacCauley an ex-police officer who now works as a by-the-book insurance salesman. The opening act of the film sets up the everyday toils of MacCauley as a loving father and a devoted husband who gets ready every morning and takes the same train to-and-fro to work.

This routine is set, till one fine day he is unceremoniously given the pink slip. Shaken, since he still has a few familial obligations pending, MacCauley is wary about the future. Desperation hits him till a mysterious woman (Vera Farmiga), tempts him with $100,000 for an anonymous act. She tells him that someone on this train doesn't belong there. He has to identify the person and tag him/her with a tracker.

And before he has fully understood what's at stake, MacCauley has entered into a Faustian pact from which there is no going back. Matters become worse when he makes any attempt to backtrack. Soon it becomes a race against time for MacCauley to sort out the mystery on the train, save the victim on the train and his family from an uncertain fate.

The screenplay is convoluted and cliched and doesn't feel authentic in its portrayal of what it's actually supposed to be.

While the premise of the film is promising, the plot falters in its ambition as it ends up seeming to have been put together by an amateur screenwriting duo - Byron Willinger and Philip de Blasi. The story then seems to have been revised by "Non-Stop" screenwriter Ryan Engle. The three of them have been given credit for writing the script.

No matter what was Willinger and Blasi's contribution or Engle's overhaul to the story, the end result is not overtly exciting. The tale is a middle of the road effort.

But the efforts put in by Liam Neeson as the action-hero is definitely noteworthy. When MacCauley reveals, "Sixty years and what else I've got to offer," you realise, Neeson is playing his age and has nothing exceptional to offer, but nevertheless, for his age he is more than convincing.

He is backed by a solid supporting cast including Farmiga who appears in only two scenes but quickly makes herself a pivotal player. She effortlessly enhances the mysterious nature of her antagonist character. Patrick Wilson plays his friend and confidant Alex Murphy with aplomb.

The others in supporting roles are a slew of character actors depicting a multi-ethnic New York straddling many classes.

On the tech front, cinematographer Paul Cameron's camera work is initially a bit disappointing. His fames are shaky and distracting. Nevertheless, as the narrative progresses, he manages to give us brilliant visuals of action sequences which have smooth and impressive transitions which in turn are effortlessly layered by the editors.

Overall, despite a cliched and overexposed narrative that weighs it down, the film delivers precisely what fans of the action star expect, a B-grade entertainer.