10 on 10: Delhi airport gifts birthday tour to boy for his 'fabulous' model of IGI

Abeer Magoo's handmade replica of the Delhi Airport has been praised for being intricate and detailed. Now, he will celebrate his 10th birthday at the real airport with officials looking to see things from his point of view. 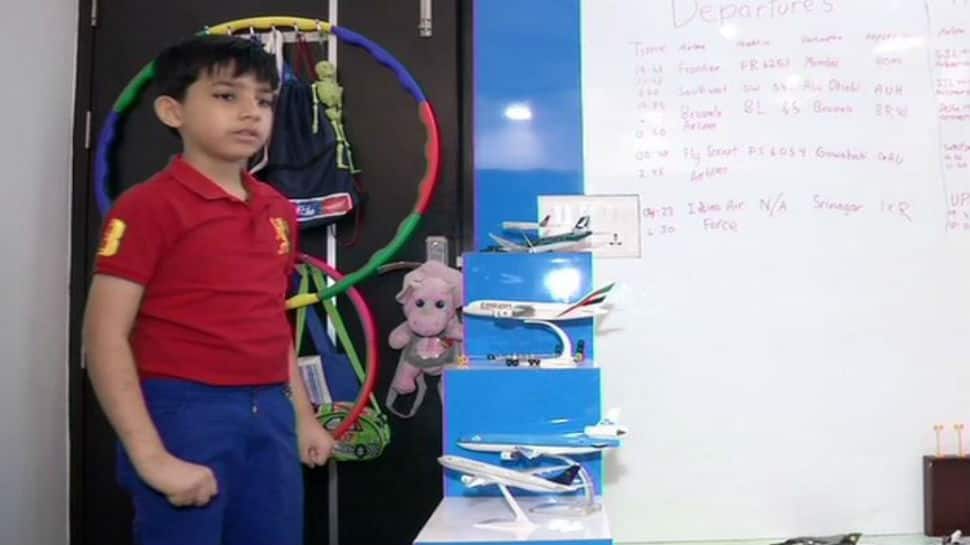 New Delhi: A handmade replica of the Delhi Airport made by a nine-year-old boy - and shared on Twitter by his uncle - has received praises and as a token of appreciation, he has been gifted a tour of the airport.

Abeer Magoo, who turns 10 on June 10, will now be getting a complete tour of the Delhi Airport - considered one of the finest in the world - for his intricate and hand-made replica. The replica was shared on Twitter by his uncle Amit Agarwal who wrote that Abeer is an 'aviation geek.' The model was complete with aircraft, runway, green areas, terminals and cars in the drop-off/pick-up zones. "Hand made @DelhiAirport by my 10yr nephew. A true #avgeek in the making," tweeted Agarwal.

Hand made @DelhiAirport by my 10yr nephew. A true #avgeek in the making?? pic.twitter.com/bZZN9Gnl3a

Delhi Airport's official Twitter account responded by complimenting the model and highlighted how even the narrowbodies and widebodies of the gates here were in the right mix.

What a fabulous project by your nephew, Amit. Seems to be a certified #avgeek like all of us already with the right mix of narrowbodies and widebodies on our gates. Thank you for sharing this ????https://t.co/oCxfqf3ivr

In what quickly became an even more exchange of conversation on the micro-blogging site, Agarwal then requested Delhi Airport if a tour could be arranged on Abeer's 10th birthday as it would make the day special for him.

'Abeer Magoo' says Thank you so much @DelhiAirport. He turns 10 on 10th June and and an airport tour as a birthday gift would really make his day. Would be great if you can make it special for him, if possible.

Delhi Airport officials responded by giving Abeer 'a 10/10 for his fabulous model' and inviting him for an airport tour on his birthday. "As you turn 10 on 10th of June, we wish to give you a 10/10 for this fabulous model of Delhi Airport. We thought it would be a good idea to have an airport tour with you and see things through your eyes," wrote Videh Kumar Jaipuriar, CEO-DIAL, in his invite to Abeer.

Dear Amit, as Abeer turns 10 on the 10th of June, we wanted to give him a 10/10 for his fabulous model of #DelhiAirport. Scheduling an airport tour with the #AvGeek prodigy soon. https://t.co/PUKM5je8Cv pic.twitter.com/ewlyganJme

While Delhi Airport officials complimented Abeer for his outstanding work on the replica model, Abeer thanked them in return as well. There were many others on the social media site that praised it as well. Several even suggested that Abeer should be groomed for a future in the aviation sector considering the level of dedication at his age.