After the EC's submission assuring 100 per cent use of VVPAT machines, the bench dismissed the petition. 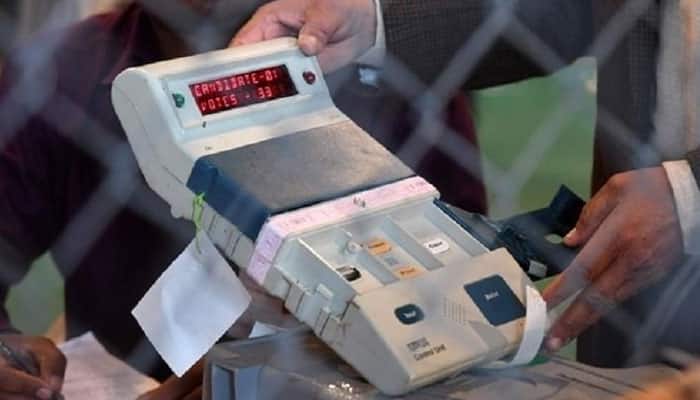 The commission's counsel Niranjan Rajagopal made the submission before a bench comprising justices S Manikumar and Subramonium Prasad on a PIL seeking a direction to the EC to use VVPAT machines in all constituencies in the general election, expected in April-May.

After the EC's submission assuring 100 per cent use of VVPAT machines, the bench dismissed the petition.

VVPAT or paper trail machine is a device that dispenses a slip with the symbol of the party for which a person has voted for. The slip appears on a small window for seven seconds and then drops in a box. But the voter cannot take it home.

Petitioner S Packiaraj submitted that there had been complaints about tampering of EVMs and the EC had introduced VVPATs in select constituencies.

The EC's counsel submitted that the Supreme Court has passed an order in 2013 for use of VVPAT machines and the commission has been implementing it in a phased manner.

A decision was taken to 100 per cent implementation of VVPAT system in the 2019 election at an all-party meeting convened by the EC in 2017.

Consequently, the EC on September 19, 2017 issued a circular to the chief electoral officers of states and Union territories that VVPAT machines shall be used with EVMs in all polling stations in all future elections to Parliament and state assemblies conducted using EVMs, he said.

Concurring with the submission, the bench noted that the EC had implement the Supreme Court order and held that the apprehension of the writ petitioner was ill founded.

"There is no manifest illegality in the impugned communication. Writ petition deserves to be dismissed," it said in its order.

All arrested 129 Indian students knew they were staying illegally in America: US State Department