After Assam NRC, calls in NDA for holding similar exercise in Mumbai, Delhi

Several NDA leaders have called for implementing Assam-like NRC in other parts of the country. 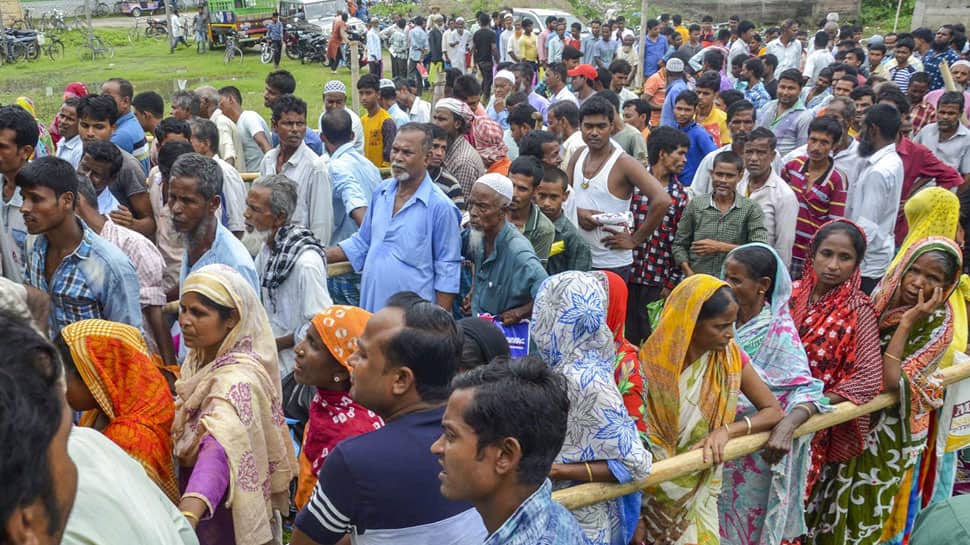 NEW DELHI: After the Assam government released the final list of the National Register of Citizens, which included 3,11,21,004 people as Indian citizens and excluded 19,06,657 others, voices calling for a similar exercise in other parts of the country have grown with the National Democratic Alliance led by the ruling BJP at the Centre.

Reacting to the issue, Uddhav Thackeray-led Shiv Sena on Saturday called for implementing NRC in Mumbai.

Shiv Sena leader and Union Minister Arvind Sawant pressed for holding an Assam-like exercise in Mumbai to weed out a large number of illegal immigrants living in the metropolitan city.

Driving his point home, the Sena leader said that his party was the first to have raised the issue of illegal Bangladeshi immigrants residing in India.

Sawant, whose party had fully backed the Narendra Modi-led NDA government on the controversial issue of implementing NRC in Assam, said that it is important to hold a similar exercise in other parts of the country like Mumbai etc. This will hold good for the unity and internal security of the country.

The Sena leader added that numerous sons-of-the-soil had in past spearheaded several movements in Assam on the issue.

Several BJP  leaders have also called for holding NRC in other states of India.

''National Register of Citizens (NRC) is needed in Delhi as the situation is becoming dangerous. Illegal immigrants who have settled here are the most dangerous, we will implement NRC here as well,'' Delhi BJP chief Manoj Tiwari said on Saturday.

BJP Delhi Chief Manoj Tiwari: National Register of Citizens (NRC) is needed in Delhi as situation is becoming dangerous. Illegal immigrants who have settled here are the most dangerous, we will implement NRC here as well. pic.twitter.com/3T2kEogFP5

Tiwari had earlier requested former Union Home Minister Rajnath Singh to "conduct a survey in Delhi too (like NRC) as a large number of Rohingyas and foreign intruders are residing in Delhi and many of them have also attained Aadhaar and ration cards."

Similarly, BJP general secretary Kailash Vijayvargiya had earlier said that there could be over one crore illegal immigrants in West Bengal and suggested that NRC should be adopted in border states to identify them.

West Bengal BJP president Dilip Ghosh had too said that NRC will be published, on the lines of the one in Assam, if the saffron party was voted to power in the state.

It may be noted that amid unprecedented security, the Assam government released the final list of the National Register of Citizens, which included 3,11,21,004 people as Indian citizens and excluded 19,06,657 others. The citizens' registry was released online around 10 AM, ending six years of speculation over the exercise that identifies illegal foreigners living in the Assam.

The final NRC list was uploaded on www.nrcassam.nic.in or www.assam.mygov.in.

According to the Assam government officials, the list was released online at all NRC Seva Kendra (NSK) across the state. ''Those not satisfied with the outcome can file an appeal before Foreigners Tribunals, said Prateek Hajela,'' State Coordinator, NRC.

Ahead of the publication of the NRC list, security was tightened across parts of Assam. As a precautionary measure, fifty-one companies of the Central Armed Paramilitary Force (CAPF) were deployed in various parts of the state. Section 144 of CrPC was clamped in Dispur, where the state Secretariat and Assembly complexes are located. Prohibitory orders were also clamped in vulnerable areas like Bhangagarh, Basistha, Hatigaon, Sonapur and Khetri. Prohibitory orders are already in place in Dispur since August 28 and will stay until further notice.

Barring AASU, all major political parties, including Congress and AIUDF, had expressed fear that names of many genuine Indian citizens might be left out while those of the illegal foreigners may be included. Keeping in view the far-reaching implications of the move, Assam Chief Minister Sarbananda Sonowal had called upon the people of the state to maintain peace and tranquillity.