The JDS leader made it clear that he was not buying time for the trust vote and was not power-hungry. 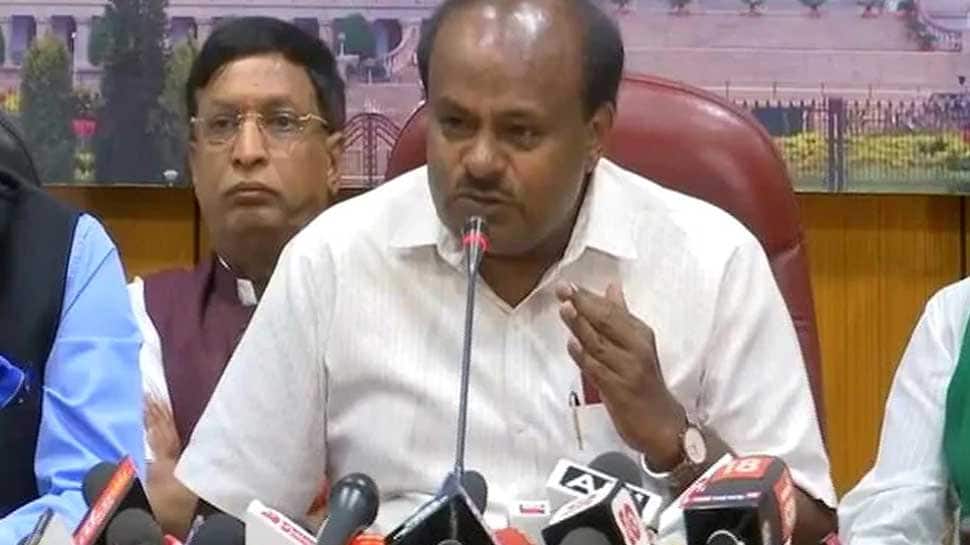 BENGALURU: Ahead of Monday's trust vote, Karnataka Chief Minister HD Kumaraswamy on Sunday made an emotional appeal to a group of dissenting ruling coalition MLAs who have resigned from his cabinet and are camping in Mumbai, to attend the assembly session tomorrow.

The Chief Minister also appealed the rebel legislators to expose the real face of the BJP, which he alleged had ''set a new benchmark in the country for immoral politics.''

The JDS leader made it clear that he was not buying time for the trust vote and was not ''power-hungry.''

He added that his only intention was ''to let the entire country know how the BJP, which talks of morality, was trying to the very principles of democracy as well as Constitution.''

Kumaraswamy said this in a press release which was issued by his office.

Here's what the Karnataka CM said in his emotional appeal to the dissenting MLAs.

''It is a matter of immense pain and disgust that the BJP has not only taken Karnataka's political scenario to a new low but also set a new benchmark in the country for immoral politics.''

''The BJP has made a mockery of democracy by taking away several MLAs from ruling coalition forcefully. The TV footages have clearly shown BJP leaders and functionaries accompanying our MLAs to Mumbai in special aircraft.''

''But amidst all these developments, which are a result of a sole ambition to capture power through immoral and illegal ways, the BJP has been demanding that I must resign immediately and has even got the Raj Bhavan to set deadlines for putting the confidence motion in to vote.''

''I want to make it amply clear that I am not trying to cling onto power. My only intention of seeking time for debate on trust vote is to let the entire country know how the BJP, which talks of morality, is trying to subvert the very principles of democracy as well as Constitution.''

''At this juncture, I would like to appeal to such MLAs who have gone away from us to please attend the legislative session and narrate how the BJP took them away forcefully. I request them to explain on the floor of the House how the BJP sabotaged democratic edifice and destroyed its sanctity.''

The CM concluded by saying in the press release that he ''wants to tell such MLAs that let there be no hesitation. Let us sit together and discuss all the issues including your problems, if any, and arrive at a solution to save this democratically elected government from the evil forces which are trying to shake the very foundation of democracy by misusing their political influence.''

''Let us strive together to save democracy and protect the spirit of Country’s Constitution from these evil forces who are willing to destroy any democratic and constitutionally established institutions for the sake of power.''

The appeal from the Karnataka CM, which is being seen as a last-ditch attempt by him to save the ruling Congress-JDS coalition, came hours ahead of the trust vote scheduled to be held on Monday in the state assembly.

A meeting of the BJP Legislative Party was convened at the Ramada Hotel here, while the meeting of the Congress Legislature Party (CLP) leaders took place at the Taj Vivanta.