In West Bengal, the protests were a big show of strength for the ruling party which has been fiercely opposing the CAA. 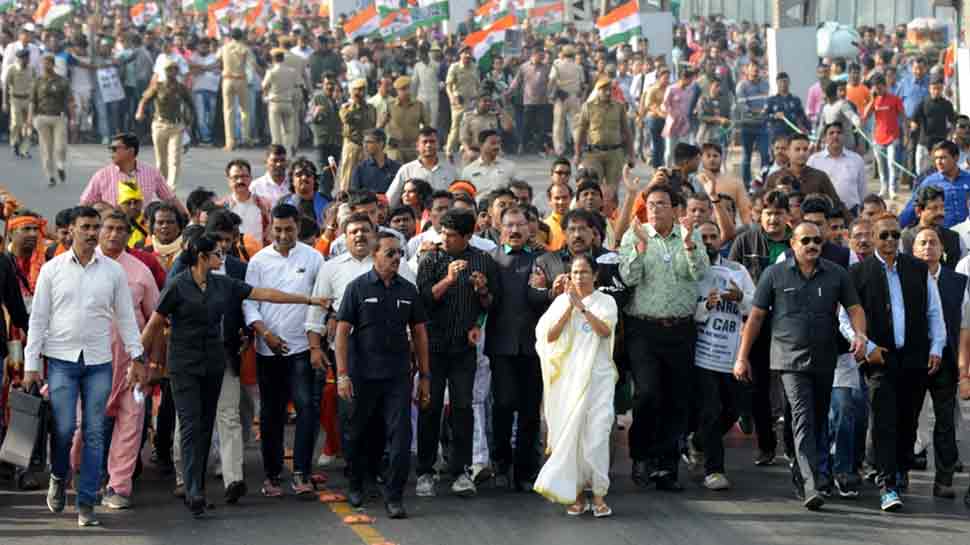 Kolkata: Indian Railways is planning to file a civil suit for losses over Rs 100 crore it suffered during protests against the Citizenship Amendment Act (CAA) and National Register of Citizen (NRC) in the last few days in West Bengal. Railways would file the civil suit against the state authority as the law and order is the state subject, and the state government failed to maintain that, thereby, Railways had to bear huge losses.

"If anyone is destroying railway property, then I ask the chief minister of the particular state to initiate stringent action just as Sardar Vallabhai Patel had taken to merge Hyderabad with India," he said.

The minister, who was peeved at protests turning violent, blamed the opposition for fanning the disturbance. Angadi said, "the opposition parties opposing the Citizenship Amendment Act should introspect. They are playing politics on this issue and destroying public property. I request the states concerned to initiate stringent action against them."

In West Bengal, the protests were a big show of strength for the ruling party which has been fiercely opposing the CAA.

On Thursday, Mamata targeted the Central government for trying to curb the peaceful protests being carried out, particularly by students, across the country against the Citizenship (Amendment) Act and NRC.

Mamata on Thursday demanded that an "impartial organisation" like the United Nations should form a committee to see how many people were in favour of the Citizenship Amendment Act.

"Let there be an impartial organisation like United Nations or Human Rights Commission ...form a committee to see how many people are in favour or against the Citizenship Amendment Act," she said while addressing a gathering.

She also accused the BJP of "dividing" the country and said that the protests against the amended Citizenship Act will not stop unless the government withdraws the legislation, which aims to grant citizenship to non-Muslim refugees from three countries in India`s neighbourhood.