Nine people were killed in police firing after protests for the closure of Vedanta group's Sterlite Copper plant over pollution concerns turned violent in Tuticorin on Tuesday. 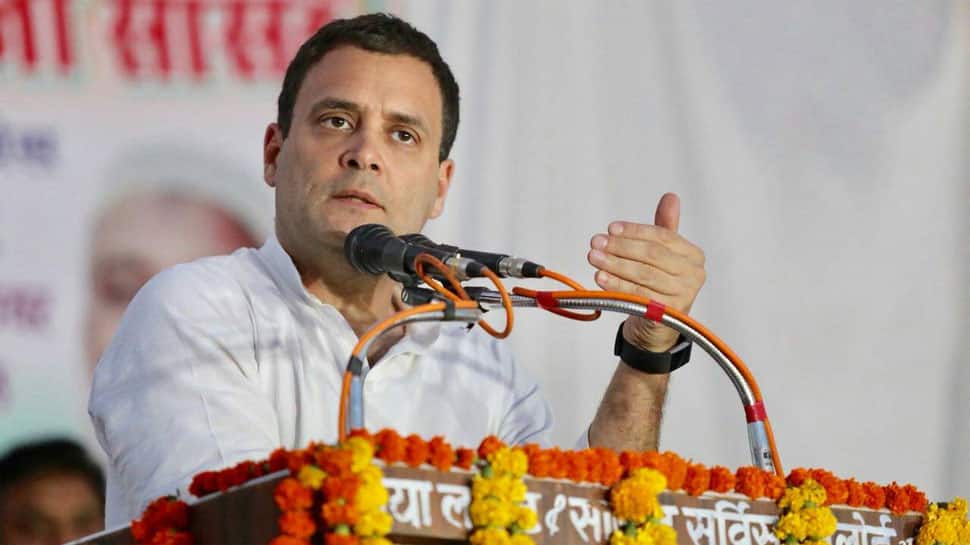 New Delhi: Congress president Rahul Gandhi on Tuesday termed the deaths of nine people in police firing during protests against the Sterlite copper plant in Tamil Nadu a "brutal example of state-sponsored terrorism". He also said people were murdered in Tuticorin for protesting against injustice.

"The gunning down by the police of nine people in the Sterlite protest in Tamil Nadu is a brutal example of state-sponsored terrorism. These citizens were murdered for protesting against injustice. My thoughts and prayers are with the families of these martyrs and the injured," Rahul said on Twitter.

The gunning down by the police of 9 people in the #SterliteProtest in Tamil Nadu, is a brutal example of state sponsored terrorism. These citizens were murdered for protesting against injustice. My thoughts & prayers are with the families of these martyrs and the injured.

Nine people were killed in police firing after protests for the closure of Vedanta group's Sterlite Copper plant over pollution concerns turned violent in Tuticorin. Chief Minister K Palaniswami confirmed reports about the death of nine people in "police action". He announced a compensation of Rs 10 lakh to the families of each of the deceased and ordered a judicial inquiry into the violence. The CM also said in a statement that the protesters took out a procession towards the collectorate in defiance of the prohibitory orders clamped in the specific area in Tuticorin.

The protests were going on in Tuticorin for over three months now, but violence erupted on Tuesday with agitators allegedly fighting pitched battles with police, prompting it to open fire. Hurling stones and setting government vehicles and public property on fire, the agitators went on the rampage in the town, about 600 km from Tamil Nadu capital Chennai.

Police said nearly 5000 protesters gathered near a local church and insisted on taking out a rally to the district collectorate after they were denied permission to march to the copper smelter plant. Initial pushing and shoving soon led to violent clashes, after agitated locals began hurling stones at police and overturned a vehicle. Security personnel used batons and burst teargas shells to break up the protest, PTI reported.

Many were injured in stone-pelting by the agitators, who also set some vehicles on fire. Windscreens of some government cars were smashed and bank premises were attacked by the rampaging mobs. As the violence spiralled, police opened fire, killing nine people.

#WATCH: Clash between Police & locals during the protest held in Tuticorin demanding ban on Sterlite Industries, in wake of the pollution created by them in #TamilNadu. pic.twitter.com/s5j2dH9J8o

DMK working president and Leader of Opposition, MK Stalin, slammed the "inhumane" firing on protestors. In a statement, he demanded an inquiry by a sitting high court judge, besides a compensation of Rs 1 crore for the families of each of those killed. The government committed a "Himalayan blunder" by handling the protest with "guns and teargas shells," he said, adding at least a minister accompanied by the district collector should have spoken to the agitators. Stalin called for the removal of state police chief TK Rajendiran.

Opposition parties including PMK, DMDK, Congress, and the MNM slammed the violence and police action, while actor Rajinikanth, who is slated to launch his political party, held the government responsible for the deaths.