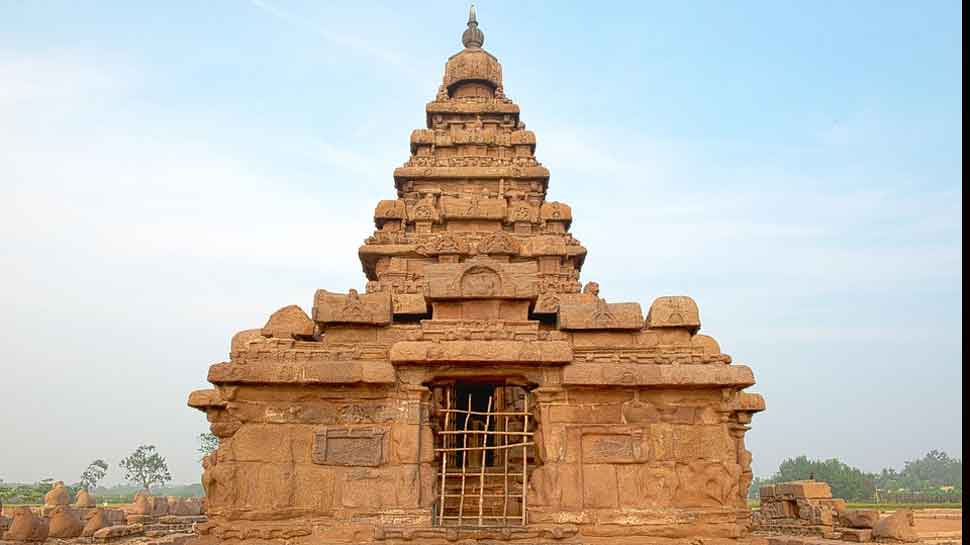 The ancient coastal town of Mahabalipuram, also known as Mamallapuram, a suburb of Chennai has been virtually transformed into a fortress with unprecedented security arrangement for the second informal summit between Prime Minister Narendra Modi and Chinese Presiden Xi Jinping.

Here is the significance of the three world heritage sites to be toured by PM Modi and President Jinping:

This magnificent bas-relief is called as Arjuna's Penance. It is carved in the mid-seventh century, measures approximately 30m (100ft) long by 15m (45ft) high and is an excellent example of art during the Pallava dynasty.

The panoramic view of life in the forest is sculptured here on the two large boulders. The relief, according to Hindu mythology, depicts two major Hindu events as the symbolism of the relief supports both stories, which are either Arjuna's Penance or the Descent of the Ganges, or both.

Arjuna's Penance is a story from the Mahabharata of how Arjuna, one of the Pandava brothers, performed severe austerities in order to obtain Shiva's weapon. The idea, which pervades Hindu philosophy, is that one could obtain, by self-mortification, enough power even to overcome the gods.  The word 'penance' is specific to Hinduism, as it is performed to gain power, not to expiate sin.

In the Descent of Ganges, sage Bhagiratha performs austerities in order to bring the Ganges down to earth. Shiva had to consent to break her fall in his hair, because otherwise its force would be too great for the earth to contain. According to some scholars, the relief depicts the story of Bhagiratha bringing the Ganga river to the Earth.

These monoliths of Mahabalipuram were declared a part of the UNESCO world heritage sites in 1984. The temples are shaped like Rathas or temple chariots with an exception that, there are no wheels, to keep in mind that the shape of chariots was made by the Pallava dynasty keeping wooden rathas as prototypes.

They are named after the five Pandavas-- Yudhisthira, Arjuna, Bhima, Nakul, Sahadeva and their wife Draupadi. However, the chariots are not related to the Pandavas of Mahabharata fame but, unfinished masterpieces of the Pallava dynasty.

The construction of the Rathas is believed to have been started by King Mahendravarman I of the Pallava dynasty. It was continued by his son Narasimhavarman I in early 7th century AD. The temple were however left incomplete after the Narasimhavarman I’s death.

Based on the ornamentation and sculptures, the scholars have assumed that they were supposed to be temples dedicated to Lord Shiva, Vishnu, Indra and Durga.

The group of rathas were executed as models of South Indian temples and were not consecrated or blessed, hence were not used for worship.

Built in the seventh century, Shore temple is a standing testimonial to the regal heritage of medieval southern Indian temple architecture and depicts the royalty of Pallava dynasty. It is built of cut stones rather than carved out of caves. It has two shrines, one dedicated to Shiva and the other to Vishnu. Its style is characterized by a pyramidal kutina-type tower that consists of stepped stories topped by a cupola and finial, a form quite different from the northern Indian sikhara.

The Pallavas were known to be the great patrons of art and were keen to create their own style of temple architecture. Perched on a 50 feet square plinth, the pyramidal structure raises to the extent of 60 feet. Presenting a typical specimen of Dravidian temple architecture, Shore Temple generates an exclusive combination of history and natural splendour.

The temple was designed to grasp the first rays of the rising sun and to spotlight the waters after sunset.