Several Jaish-e-Mohammad and Lashkar-e-Toiba terrorists have also been neutralised in the attack carried out by the Indian Army in PoK today. 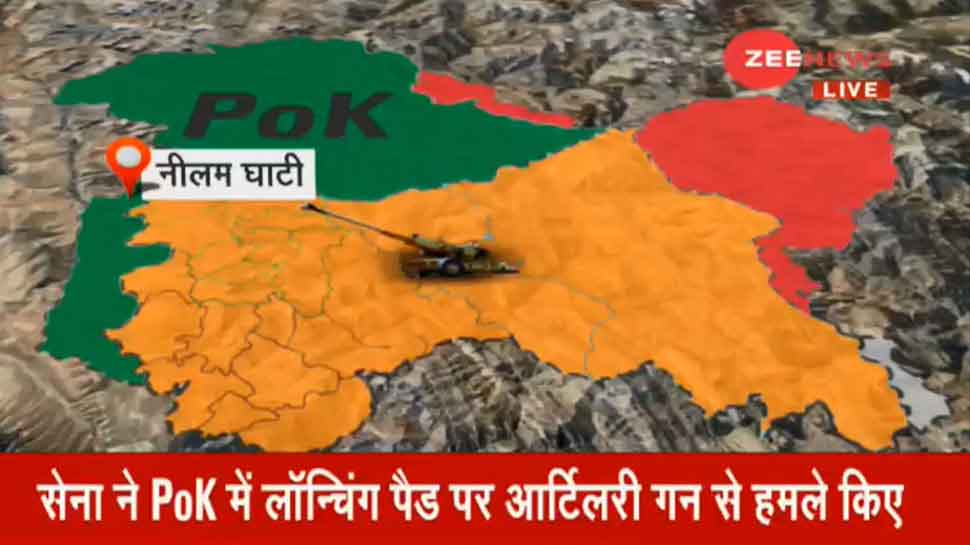 However, an official confirmation on the same remains awaited from the Army officials.

The development took place hours after two Indian soldiers were martyred and a civilian was killed in a ceasefire violation by Pakistan Army in the Tangdhar sector of Kupwara earlier today.

The attack is seen in retaliation to the support provided by Pakistan Army to push terrorists into Indian territory. "Indian Forces caused heavy damages and casualty to Pakistan after two Indian soldiers and one civilian were killed in ceasefire violation by Pakistan Army in Tangdhar sector," an Indian Army spokesperson said.

The Indian army used artillery guns to target the terrorist camps in Neelum Ghat in PoK. The terror launching camps reportedly had been actively trying to push terrorists into Indian territory.

In the meantime, an alert has been sounded by the security forces in border areas of Rajasthan's Jaisalmer following the Indian Army's attack on terror launch pads and camps in LoC.