From taking on the Charanjit Singh Channi government in Punab to announcing his plans to transform the education sector in the state, the Delhi Chief Minister and Aam Aadmi Party (AAP) leader spoke about his vision for the state ahead of next year's Assembly polls 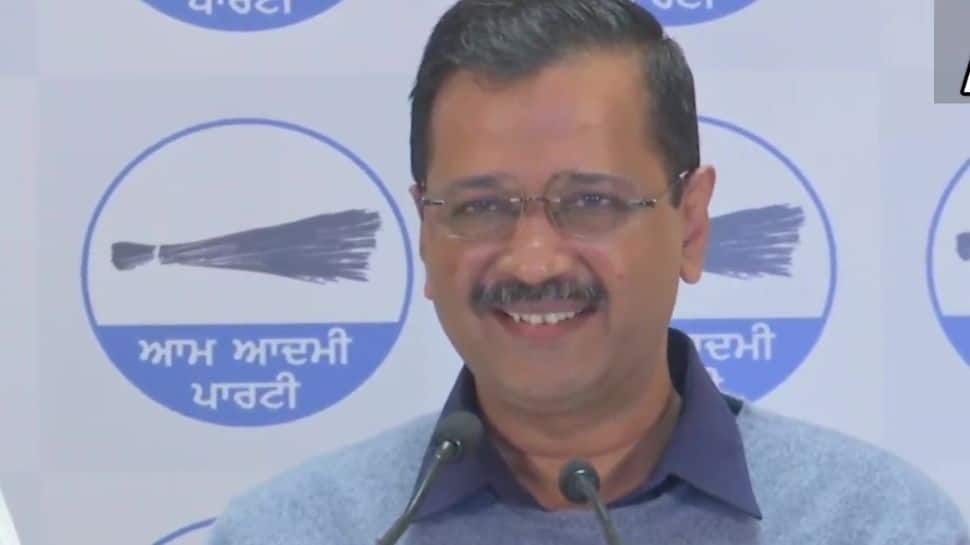 Amritsar: Ahead of the Punjab Assembly elections, AAP National Convener and Delhi Chief Minister Arvind Kejriwal made several statements in Amritsar. From announcing an eight-point poll plank to transform the education sector in the state, including regularizing the services of contract teachers, to talking about the the phenomenon of party-hopping ahead of polls, he spoke on several issues, while taking on the ruling Punjab government.
Here are five statements that Kejriwal made while addressing the media today:

- Even after 18 years of experience, Punjab teachers only get a maximum of Rs 10,000 as their salary. In Delhi, even unskilled labour's minimum wage is Rs 15,000. All the teachers working in outsourcing and are contractual will get permanent.

-  We will improve Punjab government schools just like we improved Delhi government schools; only we know how to do it, no other party does. I guarantee to resolve multiple issues of teachers on an emergency basis.

- Teachers are made to do anything but teaching. This is the condition of the entire nation. I want to promise that the teachers will be made to teach students. They won't be allowed to carry out Census, data entry work at government offices, etc.

- Punjab CM Charanjit Singh Channi promised to provide free electricity, nothing yet. He talked about mohalla clinics, there's not even one. He promised to end corruption, nothing happened. Now he's promised to end all the challans for auto-drivers, let's see.

- Ahead of elections, every MLAs from all the parties switch sides. Party-hopping is common everywhere. If there is completion over MLAs switching sides and joining rival parties, then I can assure there are a minimum of 25 MLAs and two MPs from the Congress party who are in touch with AAP. But we don`t want their 'kachra'.