Barpeta is the worst-hit district with around 2.23 lakh people suffering, followed by Goalpara with more than 68,500 people and Dhubri with over 27,000 persons. 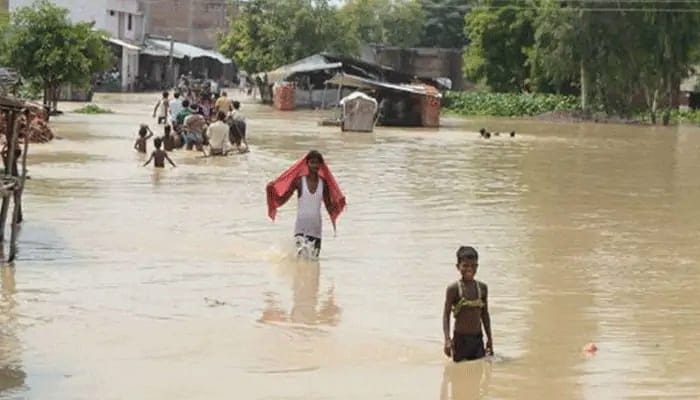 Guwahati: The flood situation in Assam improved considerably on Monday (July 6, 2020) with the number of affected districts coming down. The death toll increased by one on Monday as one more person lost his life in the deluge. The total death toll due to Assam flood now stands at 62.

According to the daily flood report of the Assam State Disaster Management Authority (ASDMA), one person was killed in the flood at Raha of Nagaon district. Out of the 62 killed,  38 persons were killed by flood and 24 died due to landslides.

Barpeta is the worst-hit district with around 2.23 lakh people suffering, followed by Goalpara with more than 68,500 people and Dhubri with over 27,000 persons.

NDRF, SDRF and district administrations have rescued 128 persons during the last 24 hours in two districts, the bulletin said.

Man held for smuggling gold through diplomatic channel in Kerala; woman accused on the run