Samajwadi Party chief Akhilesh Yadav's scheduled two-day visit to Uttar Pradesh commencing on Monday has created a stir. Yadav is visiting Rampur in support of party MP Azam Khan who has come under the radar in around 29 land mafia cases filed against him by the UP government. 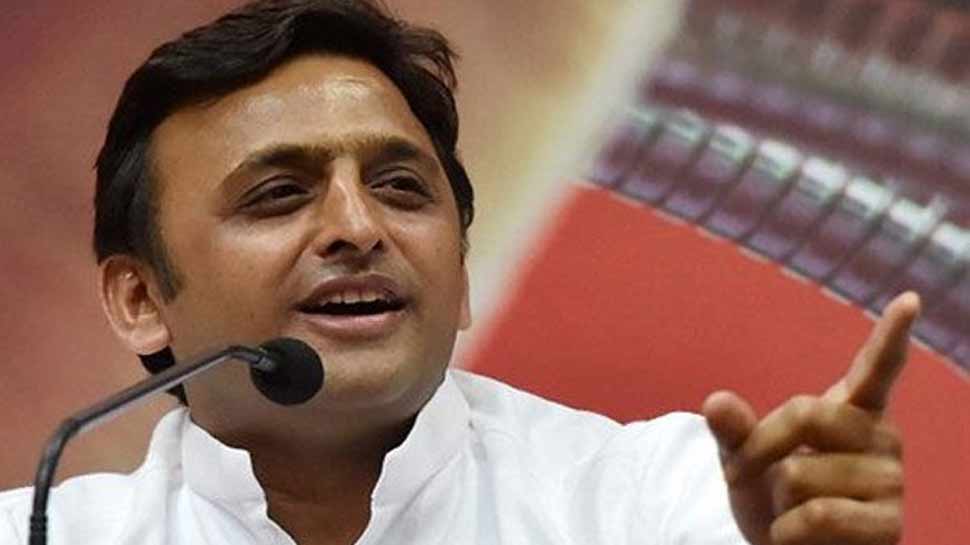 Rampur: Samajwadi Party chief Akhilesh Yadav's scheduled two-day visit to Uttar Pradesh commencing on Monday has created a stir. Yadav is visiting Rampur in support of party MP Azam Khan who has come under the radar in around 29 land mafia cases filed against him by the UP government.

The Rampur district administration authorities have written to Uttar Pradesh government seeking a ban on the SP chief's visit citing Section 144 which is in place in the district for Muharram celebrations. Section 144 restricts assembly of more than four people in an area, which is put in Rampur till October 2.

The district administration said that they would not let SP leaders and members to stage any kind of protest during party chief Yadav's visit on Monday. Saying that their main focus would be maintaining peace on Muharram which is on September 10, District Magistrate Aujaneya Kumar added that the area is put on high alert and additional forces have been deployed to ensure peaceful procession of Muharram mourning.

DM Kumar informed that as many as 10 companies of Provincial Armed Constabulary (PAC) have been deployed in Rampur ahead of Yadav's visit in the district. They have been put to task to ensure no protest or rally takes place on Tuesday in the district, even as Yadav is scheduled to hold a big demonstration on Tuesday.

Akhilesh Yadav will reach to Rampur's Public Works Department (PWD) guesthouse at 4 pm on Monday and is scheduled to hold a massive rally on September 10 to protest the charges slapped against his colleague Azam Khan in cases of forceful land grabbing.

In the FIRs, Khan has been accused of forcibly grabbing the land of farmers when Samajwadi Party government was in power in Uttar Pradesh. Interestingly, the land is now a part of Jauhar University, which was constructed by the senior SP leader.

Earlier on August 28, the Rampur district court rejected an anticipatory bail plea filed by Khan. His lawyers have claimed that cases against the SP leader were a result of political vendetta and Khan had not violated the law while purchasing the land for Jauhar University.

Recently, SP patriarch Mulayam Singh Yadav had come out in strong support of MP Khan, and said that the latter was being targeted by some officers and leaders in the BJP government. He had also said that he would launch a campaign to support his party colleague.

Notably, Azam Khan, during the past two months, has been booked in over 78 cases of land grabbing, encroachment, book theft, statue theft and buffalo theft for the Jauhar University.

The police have also demolished a wall of his luxury resort `Humsafar` in Rampur.