The event was organized by the Morarji Desai Institute of Yoga, which falls under the Ministry of AYUSH, Government of India. Attendees from Tamil Nadu allege that the event was held in Hindi, right from the very start. 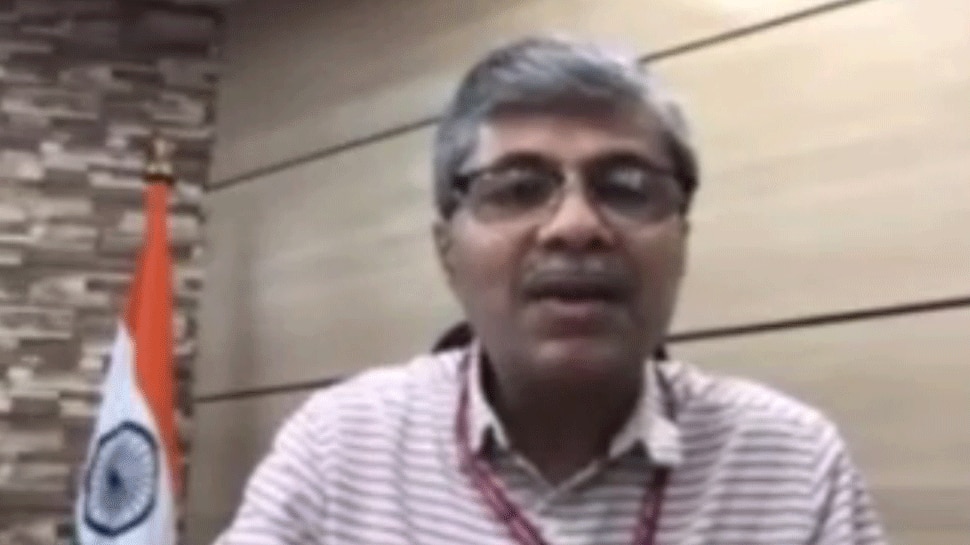 The controversy over Yoga and naturopathy practitioners and master trainers being asked to leave a Webinar organized by the Central govermnent’s Ayush Ministry has spiraled into a huge controversy.

In a video that is not independently verified, the Ayush Ministry Secretary Rajesh Kotecha is seen speaking in a mix of Hindi and English language, “those who need English can leave. I dont speak English very well, I will speak in Hindi”. In all there were about 37 participants from Tamil Nadu(each representing a district), who were deputed by the state government.

Thiruvananthapuram MP Shashi Tharoor had tweeted saying that, if the Government had any decency they must replace the Secretary with a Tamil civil servant. “Is the tukde-tukde gang now in power determined to destroy India’s hard-won unity” read his tweet.

Event attendees point out that, though Rajesh Kotecha was the only one who explicitly asked them (who wanted the speech in English) to leave, the three-day virtual event was replete with instances of speakers conversing only in Hindi to a pan-India audience, without supporting Power point presentations or other material in English etc.

The event was organized by the Morarji Desai Institute of Yoga, which falls under the Ministry of AYUSH, Government of India. Attendees from Tamil Nadu allege that the event was held in Hindi, right from the very start. The attendees say that they made repeated requests to the organizers (in the chat box) requesting them to switch to English. However, the attendees say that their requests went unheeded. The participants from Tamil Nadu said that since it was a National event, it was understood that it would be in a common language -English.

“From day 1 onwards, nearly everyone from the institute director and all speakers spoke only in Hindi. Some of them spoke in Hindi and used a few English words in between. They did not even provide us any supporting course material in English. Some speakers who addressed us were not related to yoga and were not effective ” a participant from Tamil Nadu, who wished to be unnamed told WION.

It is also said that the webinar, which was scheduled to be a closed event, was opened to public on the final day, thus causing many outsiders to login and disrupt the session by knowingly or unknowingly unmuting their mics.

The participants say that they eagerly waited to listen to Rajeev Kotecha’s session, as he was the senior-most government official to address the gathering. However, videos form the event indicate that Kotecha asked those who sought the speech in English to leave.

“The Secretary not only asked us to leave, but important questions regarding yoga and naturopathy were discouraged from his end. He accused us of creating creating confusion and nuisance. He also complained to the Director that he would track down our names and complain to the respective states and make us understand” a participant told WION, as seen in the video.

Participants also allege that they received enquiry calls from the event organizers. “They asked if we were the ones that raised questions. The calls were from the officials of Morarji Desai institute and they spoke in a tone as though the attendees from Tamil Nadu were causing problems. In fact the questions were raised in English and there were many other persons in the webinar as well.  Now we are afraid if we will be given certificates for having attended the programme” the participant said.