"Let me say that Bharat has been submitting data regularly and very quickly, but they submitted the last batch of data on the 18th of October," Dr Mariangela Simao, Assistant Director-General said. 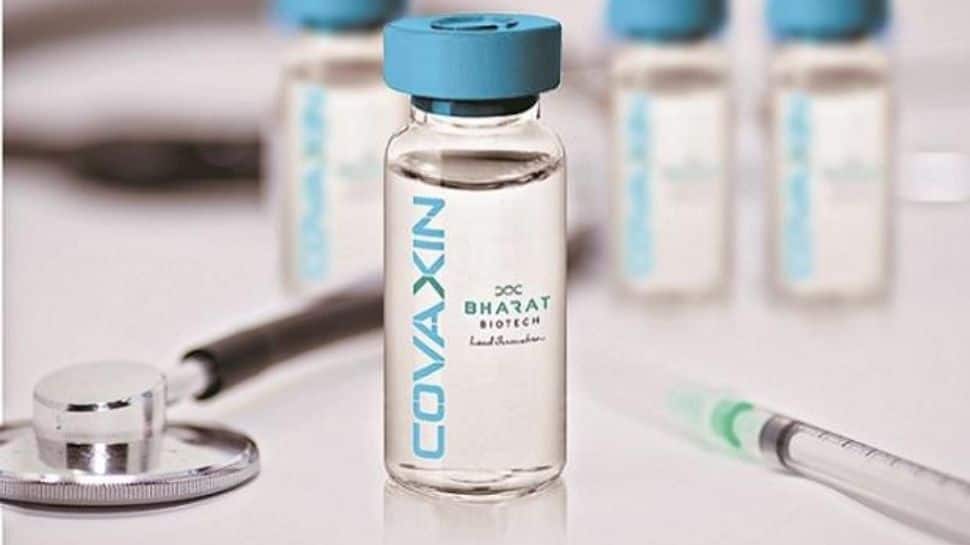 United Nations: India's Bharat Biotech has been submitting data on the EUL of Covaxin "regularly and very quickly" to a technical committee which hopes to have a final recommendation to the WHO next week, a top official of the global health agency said on Thursday (October 28, 2021), stressing that the UN body "trusts" the Indian industry that manufactures high-quality vaccines.

Hyderabad-based Bharat Biotech, which has developed Covaxin, had submitted EOI (Expression of Interest) to the World Health Organisation on April 19 for the vaccine's Emergency Use Listing (EUL).

A technical advisory group of the UN health agency which met on Tuesday has sought "additional clarifications" from Bharat Biotech for Covaxin to conduct a final "risk-benefit assessment" for Emergency Use Listing of the vaccine.

"Let me say that Bharat has been submitting data regularly and very quickly, but they submitted the last batch of data on the 18th of October," Dr Mariangela Simao, Assistant Director-General, Access to Medicines and Health Products at WHO, said at a press briefing in Geneva.

She was responding to a question on the delay in granting the Emergency Use Listing to Covaxin while Chinese vaccines Sinopharm and Sinovac were given approval even "with lack of data."

She said WHO is in touch with Bharat Biotech and has "daily conversations" and calls and meetings "clarifying what additional data needs" to be submitted to the technical expert group.

"Let me just clarify and without wanting to mention any specific manufacturer but saying that we have assessed an Indian manufacturer earlier in the year and it took 30 days," she said, a reference to the Serum Institute of India which manufactures the AstraZeneca Covishield vaccine.

"So this is not about moving quicker with one or another vaccine...We really trust the Indian industry. India produces different majority of vaccines in the world, high quality vaccines. We are right now at the last stage of the assessment by this external advisory group and we hope to have a final recommendation to the WHO next week. I hope that's well understood."

She said that it is important to highlight that the process that WHO uses for issuing the Emergency Use Listing is a very transparent process and there are "no secrets" involved except for any confidential information.

"Everything else, the procedures that WHO uses, are independent of which country is manufacturing the vaccine," she said, adding that the process is based on the best international standards available.

Simao also noted that sometimes WHO needs to inspect the manufacturer, if it hasn't done an inspection in the recent term.

"It wasn't the case of Bharat. We did not need to inspect Bharat," she said, adding that once the manufacturer has completed submitting all the data to WHO, it is put through for assessment by an external Technical Advisory Group, which comprises experts from six different nationalities and they look at all the data that has been collected by WHO, provided by the manufacturer in recommend the Emergency Use Listing.

She noted that in the case of the two Chinese vaccines also, the group had asked for additional clarifications and the entire process was followed to assess the Chinese vaccines. One of the Chinese vaccines was issued Emergency Use Listing one month after the first technical advisory group meeting, while the second vaccine was given EUL after six weeks, she said.

Simao noted that at the moment, including Bharat Biotech's Covaxin, WHO is assessing eight vaccine candidates.

She said Bharat Biotech started the rolling submission on July 6. "We are treating this as a very urgent matter and we have teams working seven by seven on the topic."

Responding to the Covaxin question, Dr Bruce Aylward, Senior Advisor to WHO Director General Dr Tedros Adhanom Ghebreyesus, said that in the "stressful situation we are all working under in this pandemic, it is so important that we're accurate in the information that we use and that we share. And we just want to highlight, be on the record, that there were a number of inaccuracies in the way the issue was presented."

He added that the actual information about the EUL dates, process is all available transparently on WHO website.

"We're committed at the organisation from the very top under the Director General to move these processes as rapidly as possible. But let''s be very clear, the timeline for EULing a vaccine depends 99% on manufacturers, the speed, the completeness with which they can get data to the independent groups that assesses for WHO. We just want to be very, very clear on that point."

Aylward added that WHO's job is to save as many lives as possible and as fast as possible. This includes ensuring no product lies unused.

While the organisation does everything, he said, "we need manufacturers, the regulator agencies, others we work with to make sure they have the information they need to make those determinations. We need to make sure the products are safe and effective and produced to the right quality. And that takes a little bit of time, but it's in the interest of global safety."

WHO Chief Scientist Soumya Swaminathan said that one of the reasons for the high amount of stress that people who've received vaccines which are not yet approved, either by WHO or by any of the other main stringent regulatory agencies, is "because of restrictions in travel that have been imposed."

She reiterated that the emergency committee that reviews the International Health Regulations met again last week and underlined their previous recommendations that countries should not use vaccination status or selective vaccination status as the sole criteria for entry for travel.

The WHO has so far approved Covid-19 vaccines of Pfizer-BioNTech, AstraZeneca-SK Bio/Serum Institute of India, Johnson & Johnson-Janssen, Moderna, and Sinopharm for emergency use.